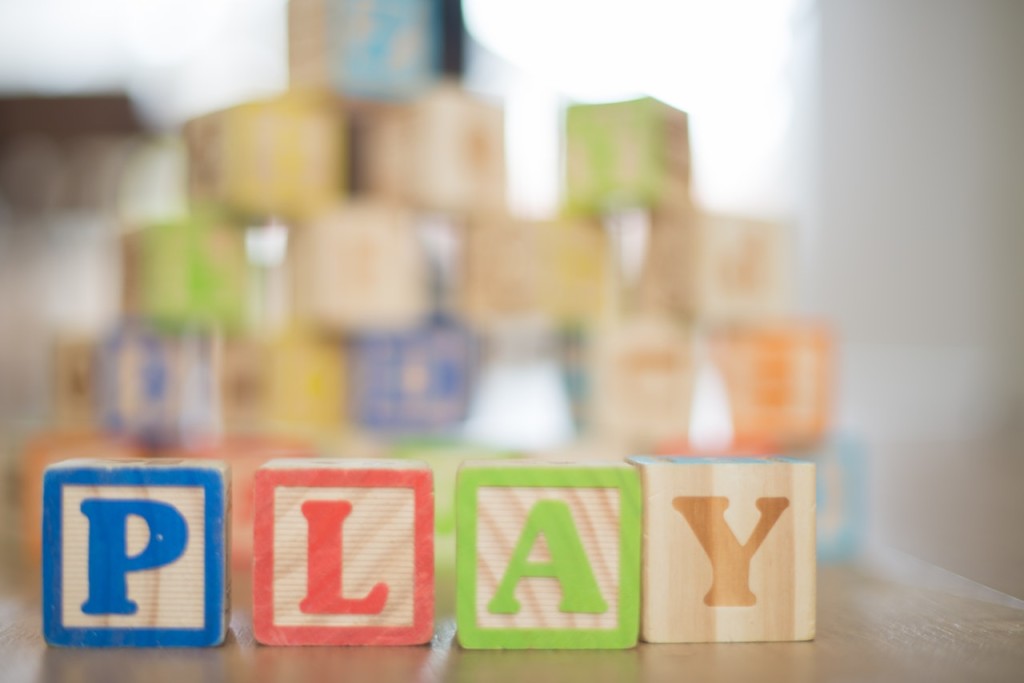 Photo courtesy of Skitterphoto via Pexels

With the sudden downpours and thunderstorms happening all over the metro, the Philippine Atmospheric, Geophysical and Astronomical Sciences Administration (PAGASA) officially declared the start of the rainy season. Even so, most parents are probably getting anxious about how they will entertain their kids when the rain starts to pour. Sure, schoolwork can keep kids busy for most of the week; but when it rains during the weekends, and you’re all looking for other staycation ideas, things can quickly turn boring for these little ones.

If you’re all cooped up indoors on weekends because of the rain, this is the perfect opportunity for you to play and bond with your little ones. Here’s a list of things to do on a rainy day at home with your kids:

It’s fun, it’s easy, and it’s one of the best things to do on a rainy day with kids. Pinoy Henyo was popularized on the noontime show Eat Bulaga! Since then, it has become one of the most popular parlor games in the country. For the classic Pinoy Henyo, here’s what you’ll need:

For each round, one team will choose a secret word under any of these five categories: person, animal, place, thing, or food. The opposing team will guess the secret word. This word is to be written on a piece of paper and taped on the forehead of the member of the guessing team. No body language is allowed; so make sure you and your kids keep your hands from moving too much.

A scavenger hunt should be one of your go-to rainy things to do at home with your kids.  An easy way to get your kids motivated to find the hidden items is to use treats like small chocolate bars, candy, new toys, or money (that can let them buy whatever they want once the rain subsides). Kids will have a hard time refusing all those hidden prizes, that’s for sure! 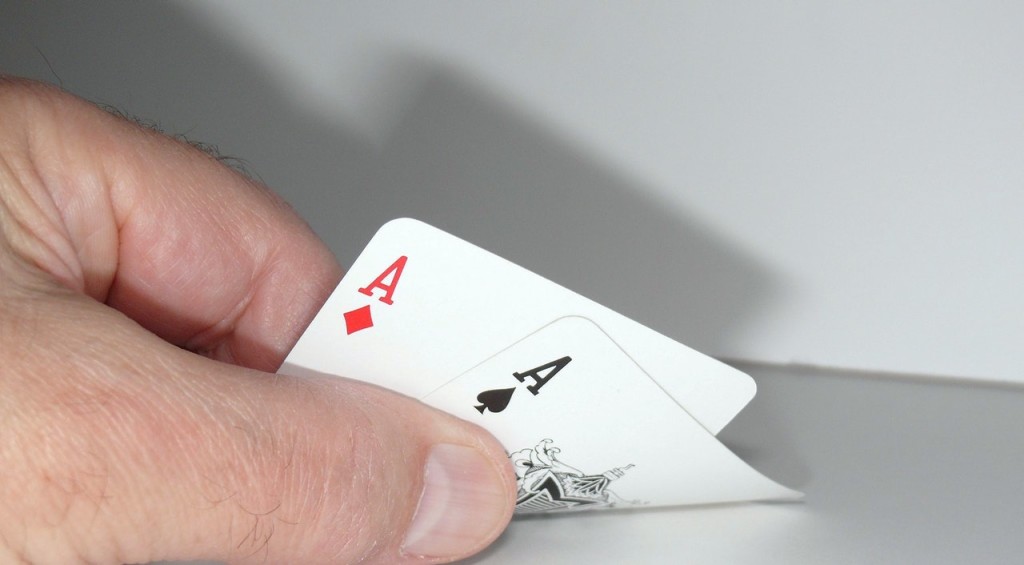 A variation of the old Victorian card game “Old Maid,” Unggoy-ungguyan is a classic Filipino card game played by kids and adults alike. You need two to eight players for this game. Here’s what you need:

The game starts with one player removing one card facing down from the deck and placing it on the side of the table. The cards are then passed out to each player ‘til no cards are left in the deck. Each player will then check their hand and remove only the pairs in their hand regardless of any color or suite. Once all players have removed their paired cards, the dealer will then take one card from their hand and place it on the hand of the next player to their left. The player will then pick up the card and see if he can use that card to form another pair to remove from his hand.

This repeats until each player, except one, will have no cards in their hand. The remaining player will then check the card set aside at the start of the game; and, if it forms a pair, they lose. The other players will then take turns drawing on the face of the loser; and the game restarts. 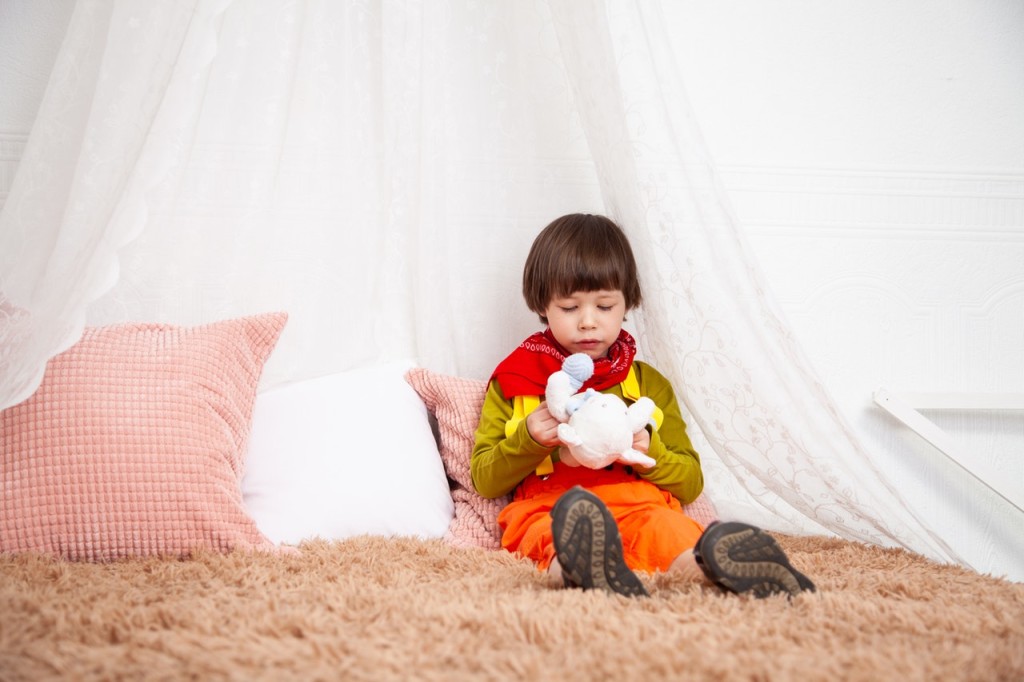 Much like indoor camping, you can build a pillow and blanket fort or castle in your living room. Only this time, instead of imagining you’re all adventurers sleeping under the moonlight, you’re now princes and princesses defending your castle from a dragon or an army of orcs, perhaps. Yup, a bit of imagination can make a huge difference, especially with kids.

A classic game played by Filipino kids, Jackstone or Jacks can easily be played indoors. It’s one of the best activities for kids at home. To start, you need as few as two players; but the more players there are, the better. You also won’t need to buy a lot of materials for the game. Here’s what you’ll need:

The game has 10 rounds; with each round, a player will scatter the 10  jacks on the play area. Then he or she will bounce the rubber ball; before the ball bounces back onto the floor, they will have to pick up one jack. 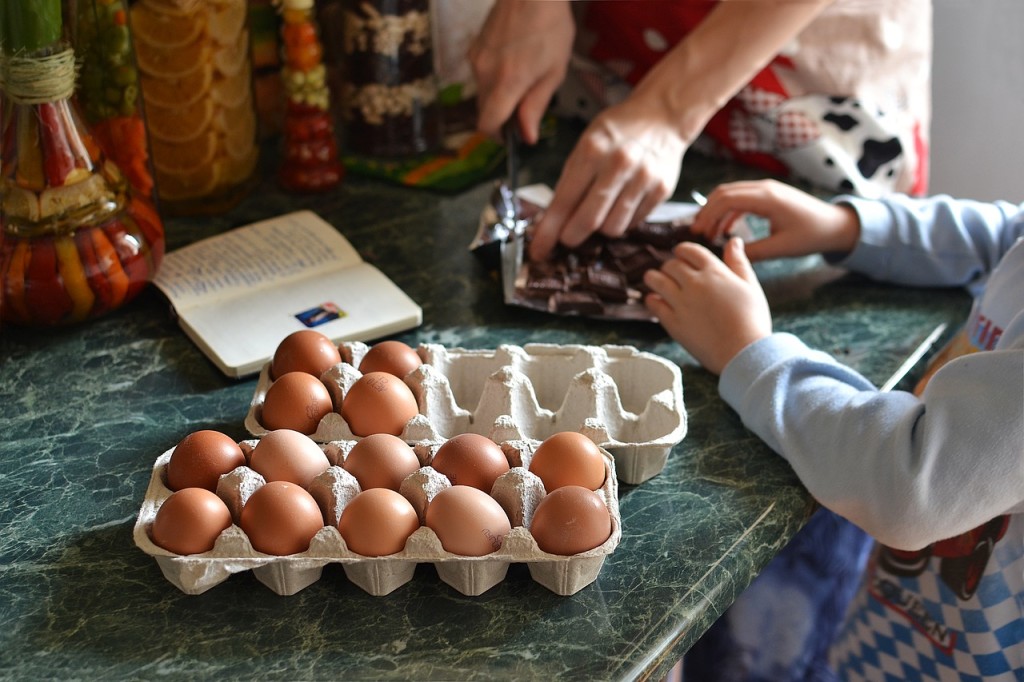 Photo courtesy of severyanka via Pexels

If your children love to eat, chances are, they would be interested in learning how to make their favorite food. Together, you can find kid-friendly recipes on the Internet. To add a little competition, have your own Masterchef Jr. competition at home! Make sure that when the contest begins, you help your kids with the more dangerous tasks such as slicing vegetables and meat. Have your kids prepare their dishes and present them to you. You will then judge the best dish, and whoever wins will receive a prize or a treat. 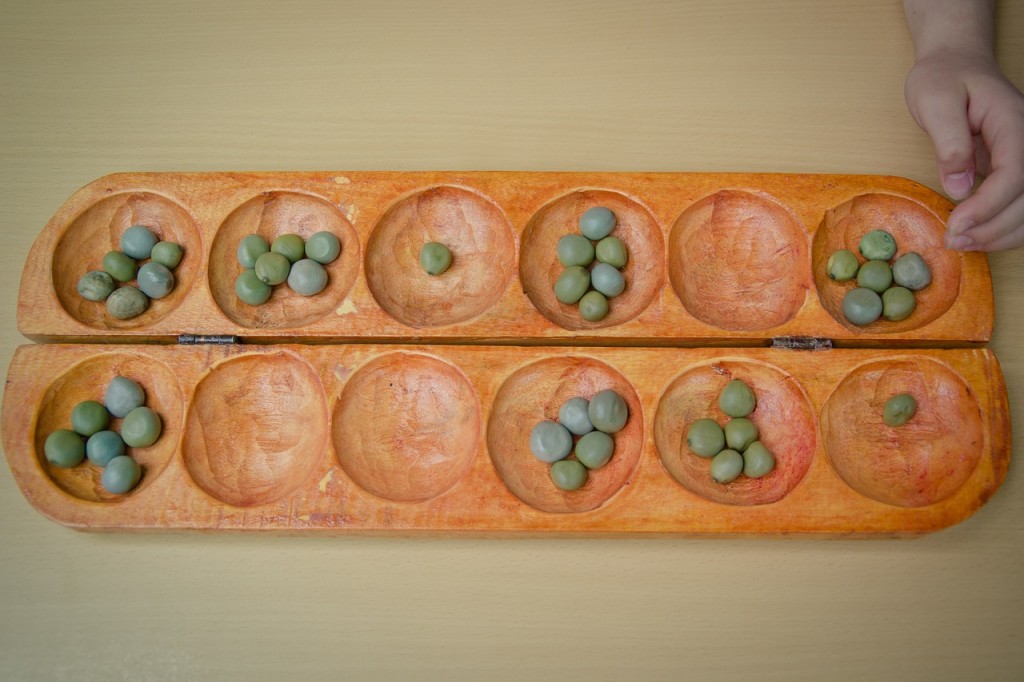 Photo courtesy of TheUjulala via Pixabay

Sungka may not be part of the simplest things to do on a rainy day at home, but it’s definitely one of the classics. Known as “count and capture” or “sowing game” in English. There’s a high chance that you saw your grandmother play this game at home during a rainy day, too; so why not pass on the tradition to your kids? But make sure to guide your kids every step of the way. The game might get too complicated for them to pick up right away. To play Sungka, you only need two things:

If you don't have a Sungka board you can use an empty one-dozen egg carton or cereal bowls. The Sungka board is made up of two rows of six holes on each side. Place four pieces of shells into each hole, to get the game going. Each person has a storage hole for their pieces on each end of the board.

To start, one player picks up all the shells on one of the holes on their side. Moving counterclockwise, the player deposits one shell on each whole until he runs out of shells. If you placed your last shell for that turn on your own storage, you get a free turn. You also capture the shells on your opponent’s side if you place your last shell for that turn on an empty hole on your side. Place every piece you capture from your opponent’s side on your storage bowl. If you run out of shells during your turn and you don’t get a free turn, your opponent can take start their turn.

The game ends when there are no more shells on the board. The player with the highest number of shells in their storage bowls wins the game. 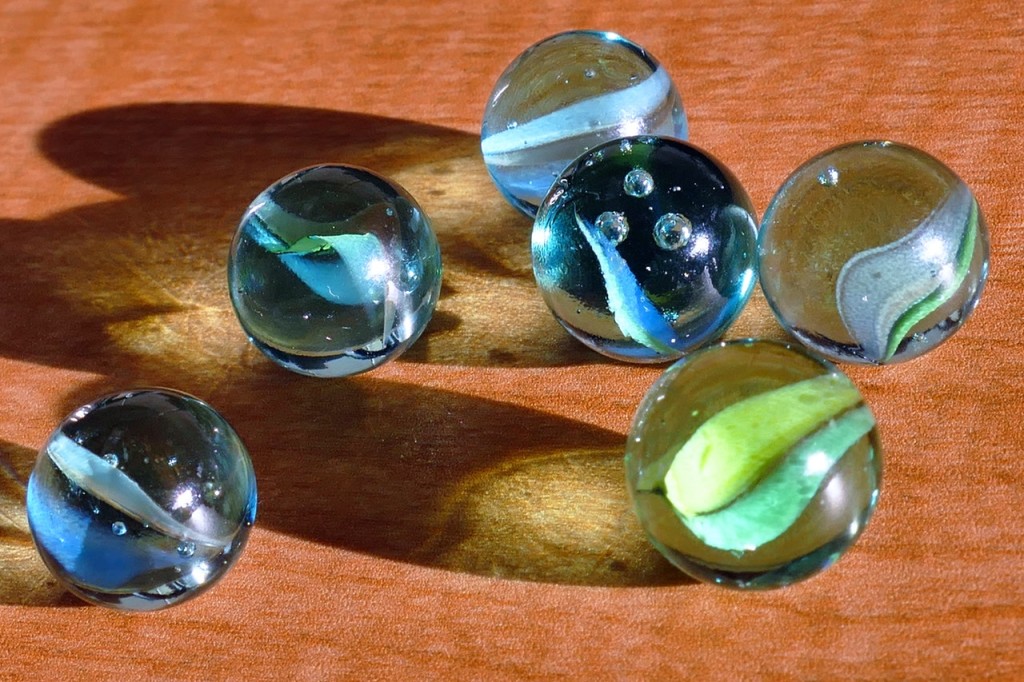 Photo courtesy of Anthony via Pexels

Holen/ Jolen or marbles is a Pinoy classic and one of the best things to do on a rainy day. The mechanics are straightforward, and only need two things to have the best indoor fun with your kids. Here’s what you’ll need:

First, using the string, make a three-feet wide round  play area on the floor. To play the game, place five to 10  marbles at the center of the circle. You might want to start, first; so your kids can understand how the game works. But if you also don’t know how to play the game, we got you covered. .

Here’s what you need to do: take one marble from the pack and flick it into the marbles in the center of the ring. Aim to knock out as many marbles as possible out of the play area, and keep those marbles as your score. If you don’t knock out any marbles in the ring, leave your marble in the circle, and have your kids take their turn. The player with the most number of marbles collected at the end of the game wins.

Langit-lupa is usually played outdoors; but, you can still play this Filipino favorite indoors by moving the furniture in your living room to the side, to make more room for all the running you and your kids will be doing. You need at least three players to play the game. Play scissors, paper, and rock to decide who’s “it”. The “it” player must chase the other players during the game. However, he/she can only tag players who are on not on any elevated location in the play area, or lupa. Any player whose feet are not on the ground or  langit can’t be tagged. 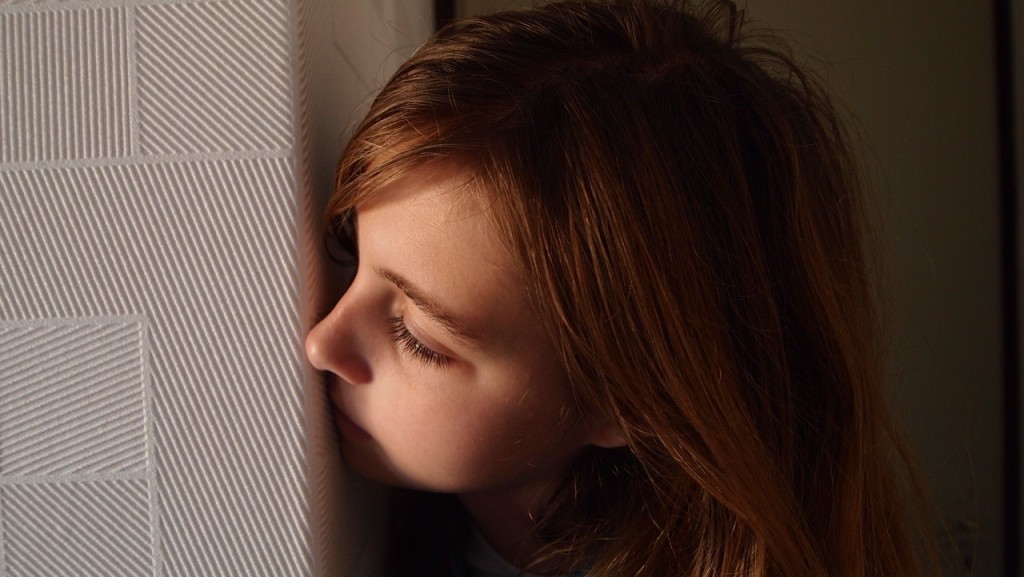 Also known as hide-and-seek, tagu-taguan can be played indoors just as much as it can be played outdoors, without having to change any of the rules. The rules are simple, too. Let one round of scissors, paper, and rock decide who will be the one to count up to 20.  The other players who don’t have to count can start looking for the perfect hiding place. Once the count is done, the “it” player will have to start searching the area to find the other players hiding spots. The game ends when every player who’s been hiding are found; or, when all the players rush to where the “it” person was counting and are tagged “safe”. 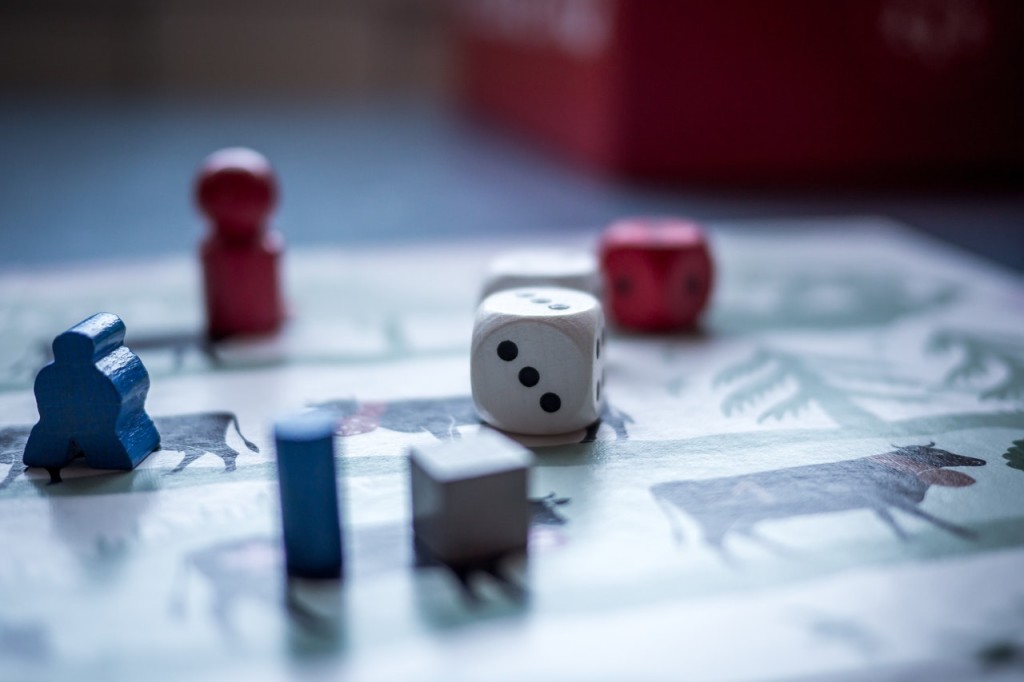 They’re fun and don’t take up too much space; that’s the beauty of board games. These indoor group games for kids are perfect for rainy weekends. If you’re looking for a simple and fun board game, then check out Snakes and Ladders. It’s simply a race to get to the very end of the board. However, if you want to have some real family competition, play Monopoly. This classic board game involves purchasing as many properties as you can and making your opponents lose all their money (you might want to let your kids win on this one). 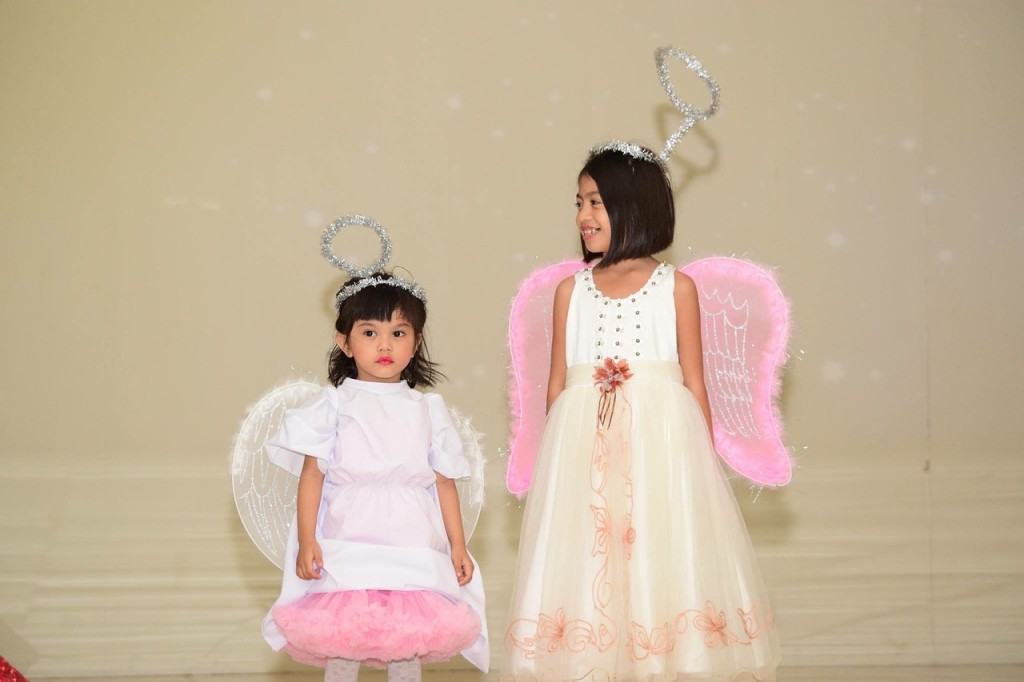 Photo courtesy of jezreelfaith via Pexels

One of the simplest things to do on a rainy day with kids requires just your wardrobe and some imagination. Get all dressed up (either in your best clothes or in a costume a-la Cosplay), then have the rest of the family guess who you are trying to impersonate. Set a time limit of 60 seconds, to make it even harder yet more enjoyable. 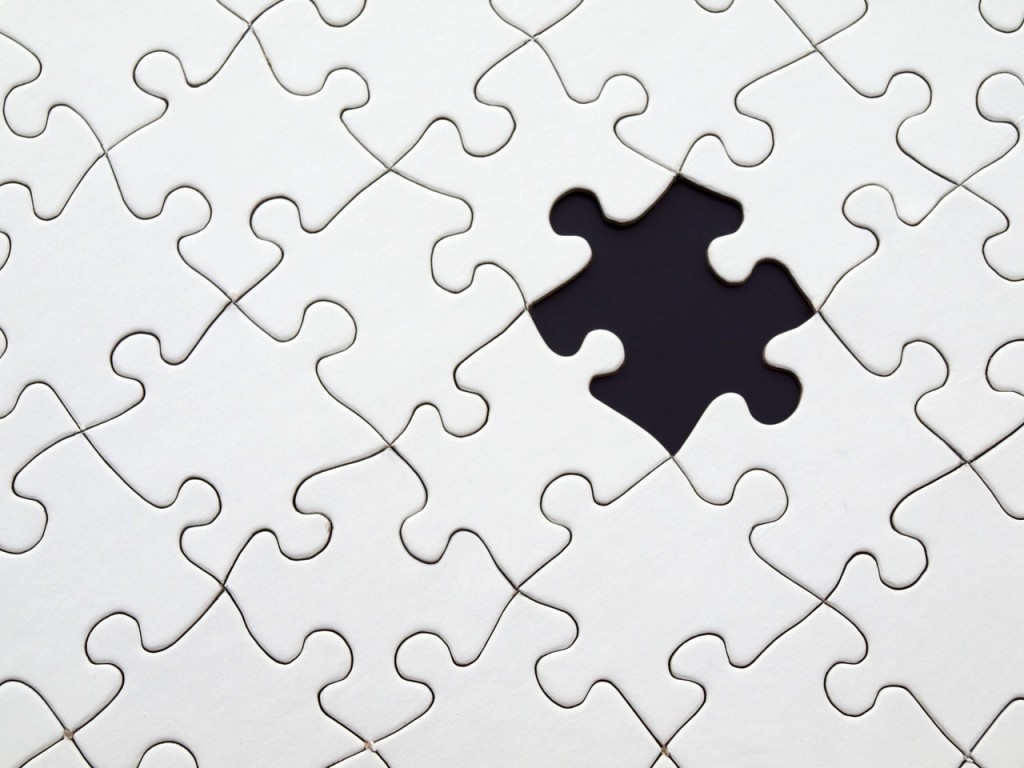 Looking for something to do on a rainy day weekend doesn’t have to be complicated. All you need is a challenging jigsaw puzzle that your whole family can work on together to complete.

The rainy season shouldn’t stop you and your kids from having fun on a weekend. With these 13 kid-friendly games, you’re sure to have a lot of fun and precious bonding moments with your kids, no matter how bad the weather gets.