Anyone knows that one of the dreaded, but unavoidable aspect of expenses is having to pay the bills every month. If you can relate to this, then it’s in your best interest to employ practical ways to reduce monthly bills.

Here in the Philippines, the biggest damage to your finances will usually come from your electric bill. The rates here are among the highest in Asia after all. It seems to be constantly going up and it can sometimes even reach the point where you might even start to consider junking one or more of your condo appliances just to bring your bill back down again. But this is a little extreme and not really the best way achieve lower utility bills. 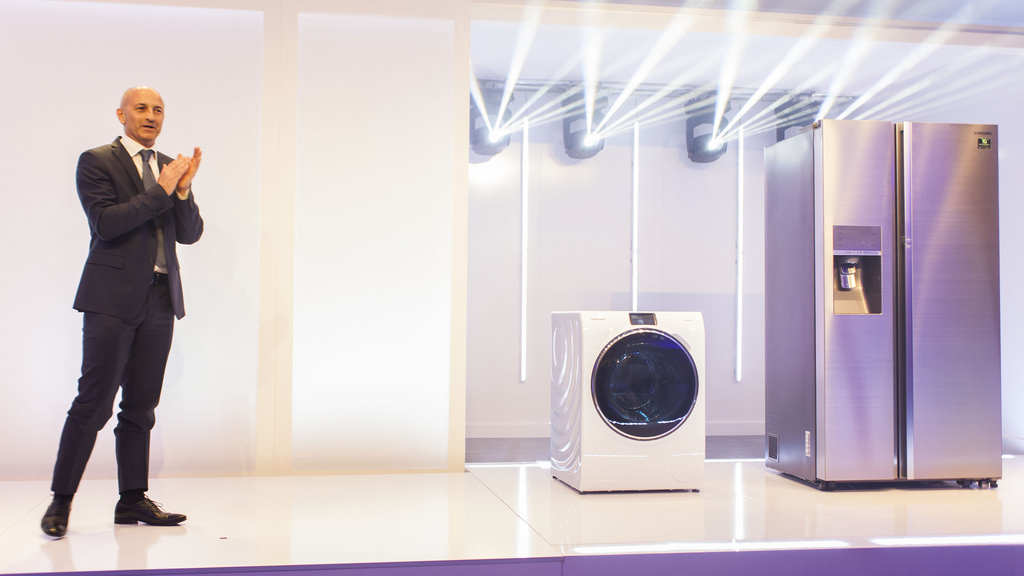 A more practical way to reduce your electrical consumption is to use energy efficiently, and there are a lot of ways you can do this. For example you could try picking energy efficient appliances for your condo. You won’t only reduce your energy expense this way but you’ll also start living a much more eco-friendly lifestyle as well.

But that’s not the only solution, here are a couple more energy saving tips for condo dwellers that will make bill payments a little easier for you. 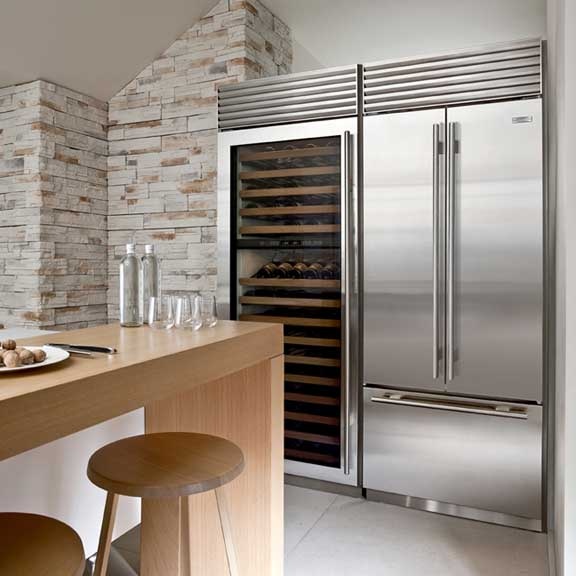 Chances are your ref will be either the biggest or the second biggest consumer of electricity if you rank all of the appliances in your condo (your AC can usually beat this one). It’s constantly turned on and it has to maintain a certain temperature to do its job properly, which requires a bit of power.

That’s why picking the right refrigerator is very important.

First of all, you’ll need to make sure to pick one that’s energy efficient. The newer models usually have an energy star or energy efficiency rating that’s attached to them when you’re shopping around. If you can, you should pick the one that’s most energy efficient. Second, you need to decide if you’re going to get a compact refrigerator or a full size one. If you’re living alone, then you won’t really need to get the latter.

But if you’re living with your family or with a bunch of other people, you might want to consider a full size. You don’t want to end up buying a second fridge when you realize that the one you got isn’t big enough. And take note that two compact fridges consume more electricity than one full size ref, so you better get it right the first time.

Keep the Fridge Cool, but Not Too Cool 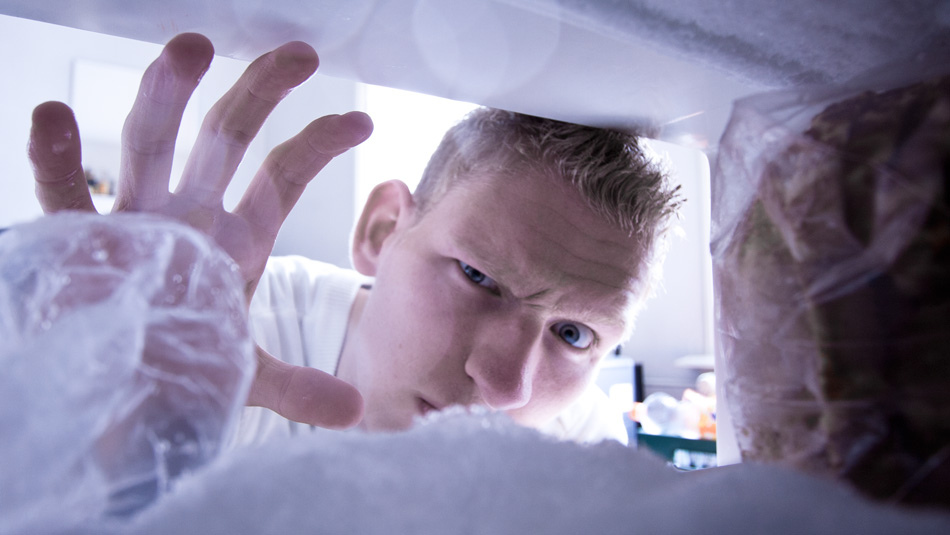 Some people who don’t really know anything about the temperature controls on the refrigerator end up cranking it all the way to the lowest temperature because they believe that will preserve their food the best. The intent is good but the problem is that in order for the ref to keep the temp that low, it’ll need more electricity.

The ideal temperature to keep your food properly preserved according to the FDA is 40° F (4° C) but you can usually bring it one or two degrees lower to save a little more energy. Your freezer should then be set to 0° F (-18° C) and no more. Lowering it more will just result in more energy consumption without much added benefit, food storage wise.

One other thing to keep in mind is that constantly opening and closing your refrigerator or keeping the door open for long periods of time will tax it’s cooling system, resulting in more energy consumed. So avoid that.

Also make sure that you defrost your refrigerator regularly. Don’t let the frost build up too much because it makes the freezer less efficient. Finally, you might also want to place your refrigerator away from the stove or direct sunlight so that it won’t have a hard time cooling your food and drinks inside. 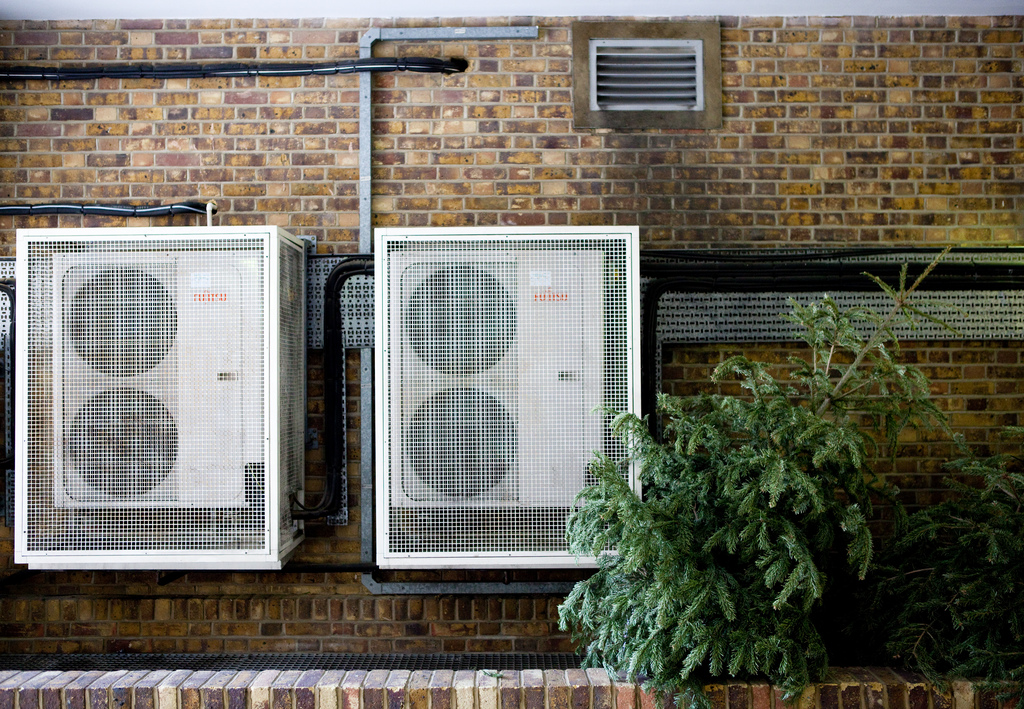 Another important consideration when picking an AC is the area that you’ll be using it for. If you have a one bedroom for example, then it might be enough to get a small one that’s just for your room. If you live in a studio type condo however, then you should get one that’ll be enough to cool the whole condo.

Don’t Let It Last All Night, Your AC I Mean 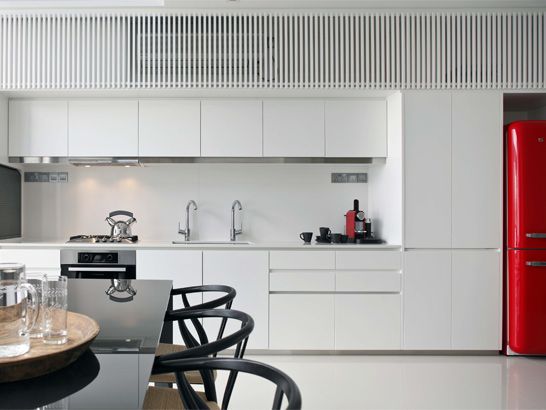 Remember to use the timer of your AC to reduce the amount of time that it’s on. There are a LOT of people who just turn their AC on at night on full power. So it continues to run even when they’re sleeping and don’t need the room to be that cool anymore.

If it’s not summer time (because nights during the summer here in the Philippines can still be really hot and humid), then you might want to set the timer of your AC before you sleep so that it turns off after two or three hours. This will save a lot of energy and you won’t really notice it when it shuts down. 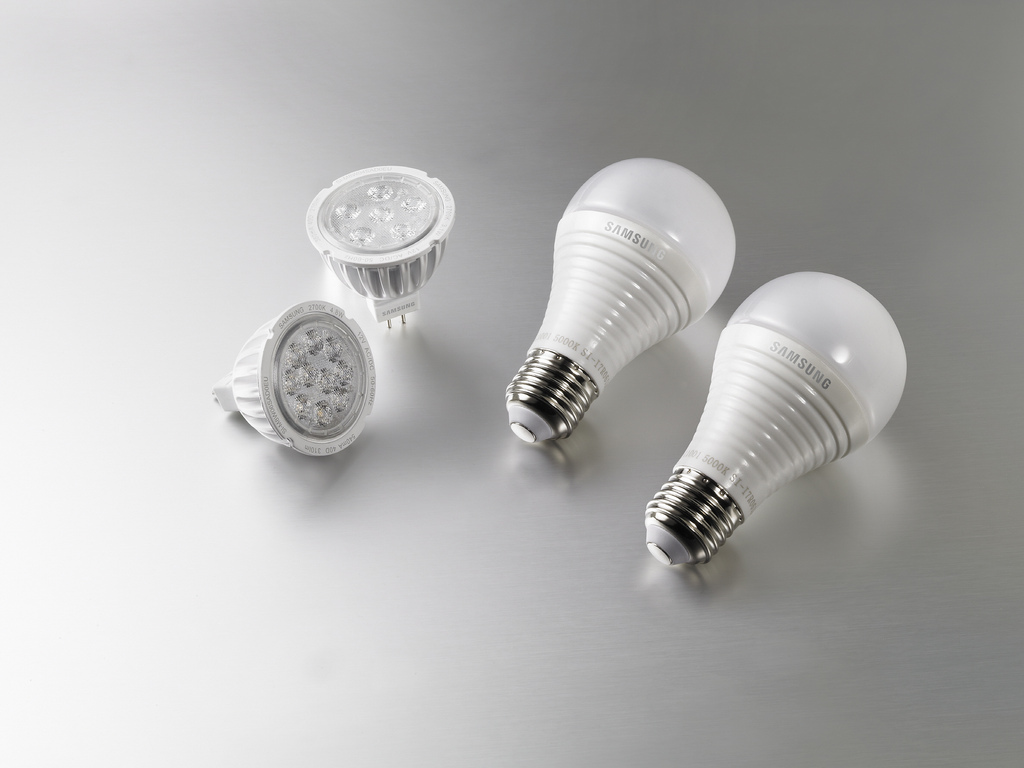 When you think of LED, images of those small colored lights in our toys might pop up, but the technology has come a long way. Now it’s one of the most efficient ways to light up, well, pretty much anything.

You can get LEDs from any major hardware store and they work just the same way as a normal fluorescent light bulb, except that LED is better. LED lights are more energy efficient and last longer than your normal fluorescent bulbs. They’re the future of lighting and will eventually become the standard lighting used much like how fluorescent bulbs almost phased out the old incandescent ones.

Dim It Down If You Don’t Need All That Light 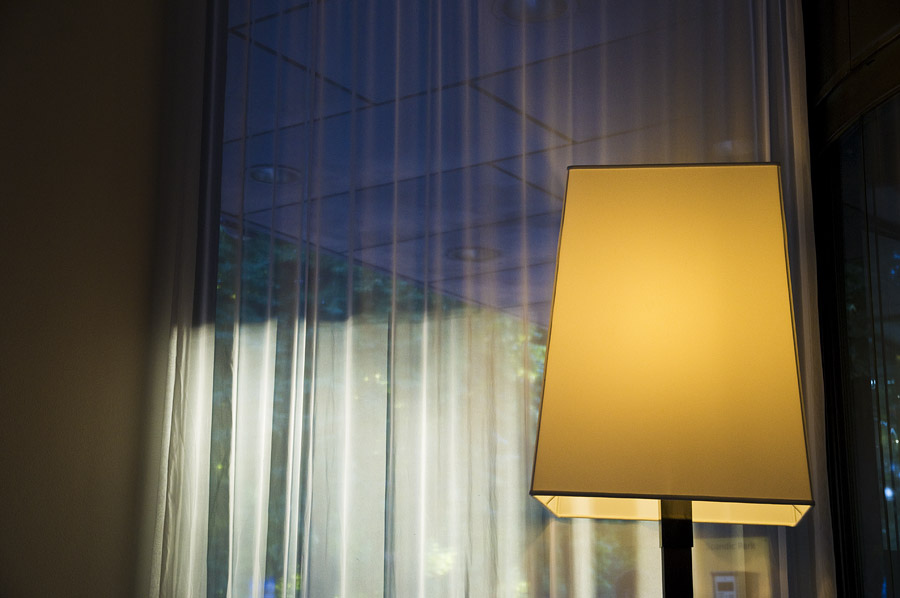 Light dimmers are great especially for the light in your bedroom. You don’t always require your bulbs to perform at full capacity so having the option to dim them is convenient and energy saving.

The good thing about dimmers is that you don’t really have to do any major renovation to get them working (this might not be allowed after all if you’re only renting). You just need to replace the traditional switch with a dimmer. Be sure to talk to your condo association or whoever you’re paying rent to if you don’t own the condo yourself before you do this. Because they might deduct the cost of “repairing” the switches to your deposit once you leave.

Turn the Lights Off If Nobody Is Using Them 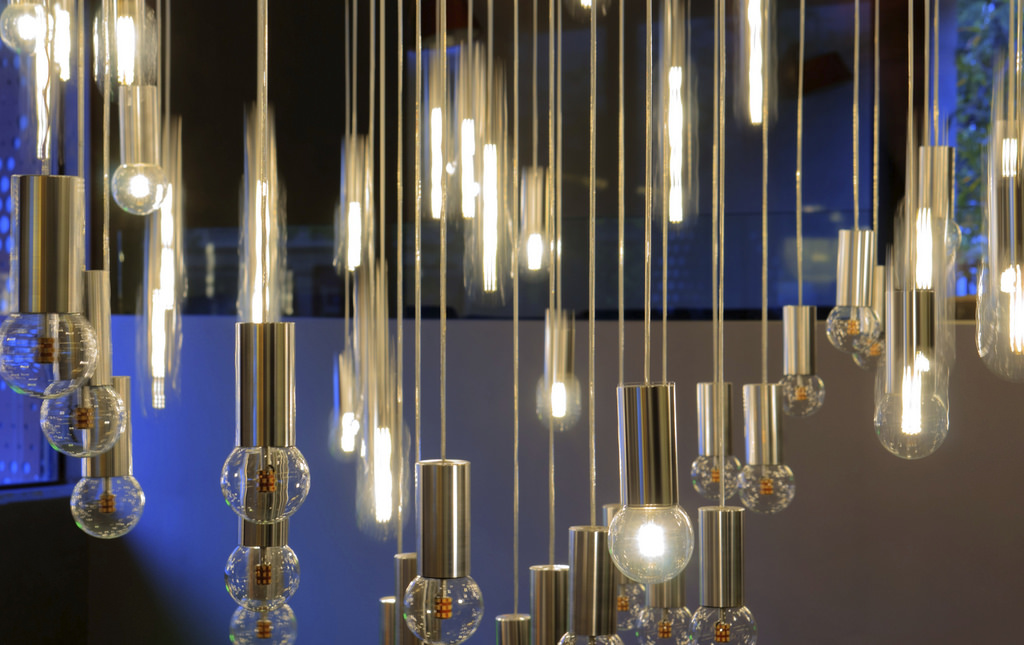 Pretty basic, but still very important and it’s something that many people still forget to do. Some people even head off to work with the lights still turned on at their condo. You’re basically just wasting energy if you’re doing this. 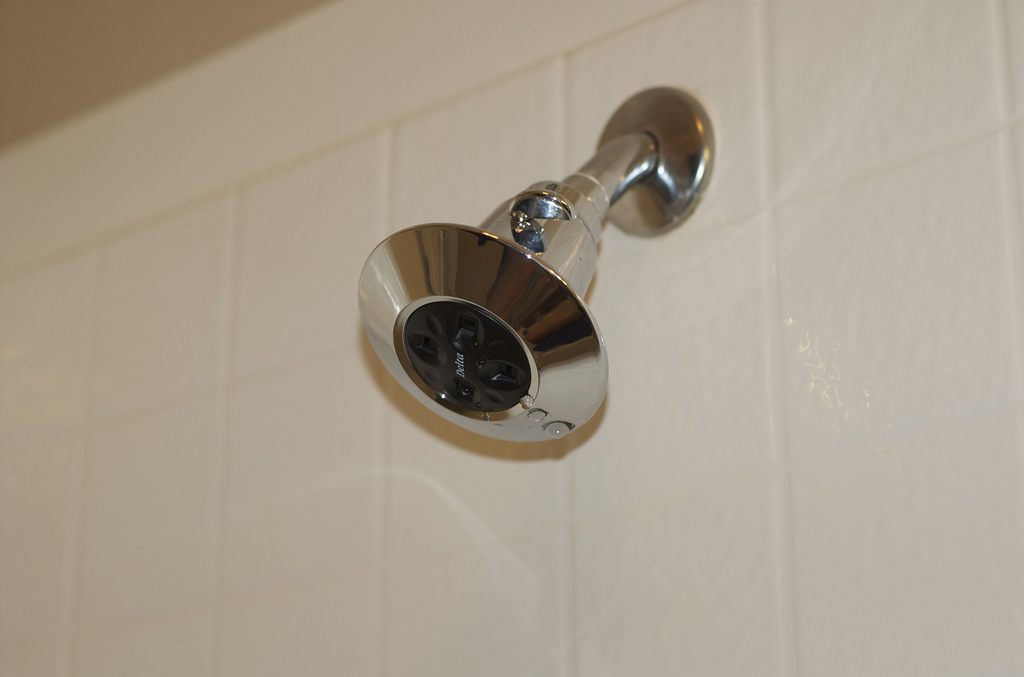 You’ll notice that the faster the water comes through the shower, the more you have to crank up a shower heater for it to work properly. This is because it has to keep up with the speed of the water. But if the flow isn’t that fast, then it doesn’t need to use that much energy to do its job.

Plus you’re not really going to feel that much of a difference in the amount of water in your bath between a normal shower head and one that’s low flow.

Pick An Energy-efficient Washing Machine And Use It Properly 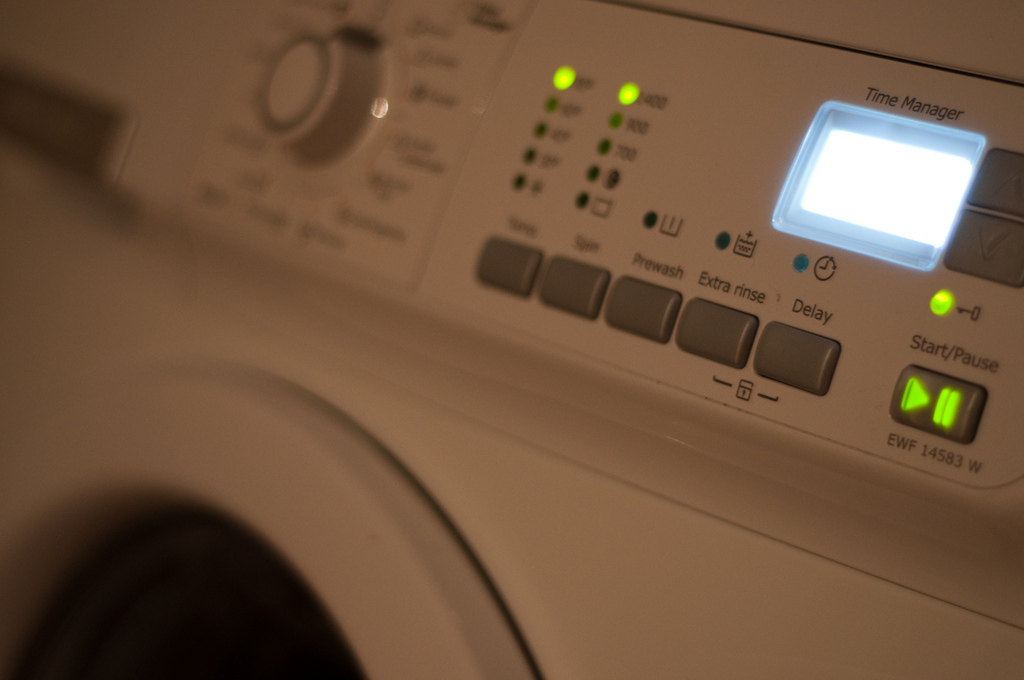 Just like buying a refrigerator or an AC, when deciding to get a washing machine, you have the same considerations. Always pick the most energy efficient one you can afford. This is true for all of your condo appliances. Again, you might spend a little more initially but you’ll be recovering the extra cost and saving even more in the long run if you pick the right machine.

Now if at all possible (because there might be some situations that you want to use the warm or hot wash option), use cold wash when doing laundry. This one is pretty obvious.

Another tip is to only wash when you’ve fully loaded the machine so that you don’t have to wash multiple times. This is the best way to use energy efficiently on a washing machine. But remember to not overload the machine because that might not clean your clothes properly and you’ll be forced to rewash them which is counter productive to what we’re trying to do.

Unplug Appliances That Aren’t Being Used 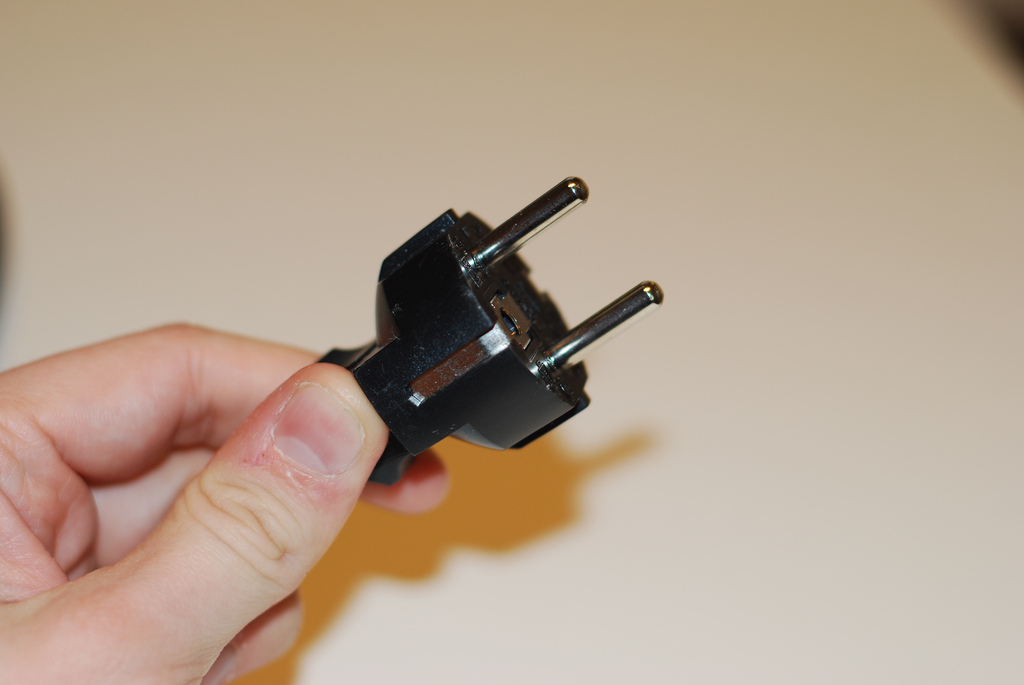 This is something that most of us have been told to do by our parents or grandparents but it’s also something that we usually can’t be bothered with. As easy as it is to unplug an appliance, most of us seem to just not want to do it all the time. Too much hassle.

Well, if you’re trying to save energy then you’re going to have to. Appliances that have a clock, timer, memory, remote activation, or one that uses a transformer normally consume a small bit of electricity constantly when it’s plugged in. Now the energy consumption per appliance might not be much even if it’s constant, but considering how many you might have plugged in, it can become substantial.

This is especially true for large condos with multiple people or a family living in it. So unplug your chargers, TVs, PCs, Laptops, etc., when you’re not using them.

There you go. That’s a lot of tips already so be sure to make good use of them. By following them you’ll lower your utility bills and also be living a much more eco-friendly lifestyle.