12 Wedding Proposal Ideas That Will Make Her Say “Yes”

Gentlemen, have you found The One?
It’s not as simple as “putting a ring on it.” Women these days seem to have patterned their dream proposal to romantic fairy tales and Hollywood movies. Apparently, it’s not enough that you show her the ring and ask her to be your wife. There’s actually a survey on that, which found that 21% of engaged, married, and divorced women were left disappointed by their wedding proposal, and 13% almost cried because their partners failed to live up to their expectations.
What would a successful marriage proposal entail according to these women? First of all, the stones on the ring have to be big; men have to go down on one knee and seek permission from their parents. Lastly, men are expected to organize a “special” and unique marriage proposal.
You probably lost it at the word “special.” After all, it’s a subjective term. C’mon, you probably have unique marriage proposal ideas already that you can work on. And besides, wouldn’t you be willing to do anything to get that “yes”?
Below are romantic ways to propose. Don’t worry, they don’t require a flash mob.

Get a Little Help from Coffee 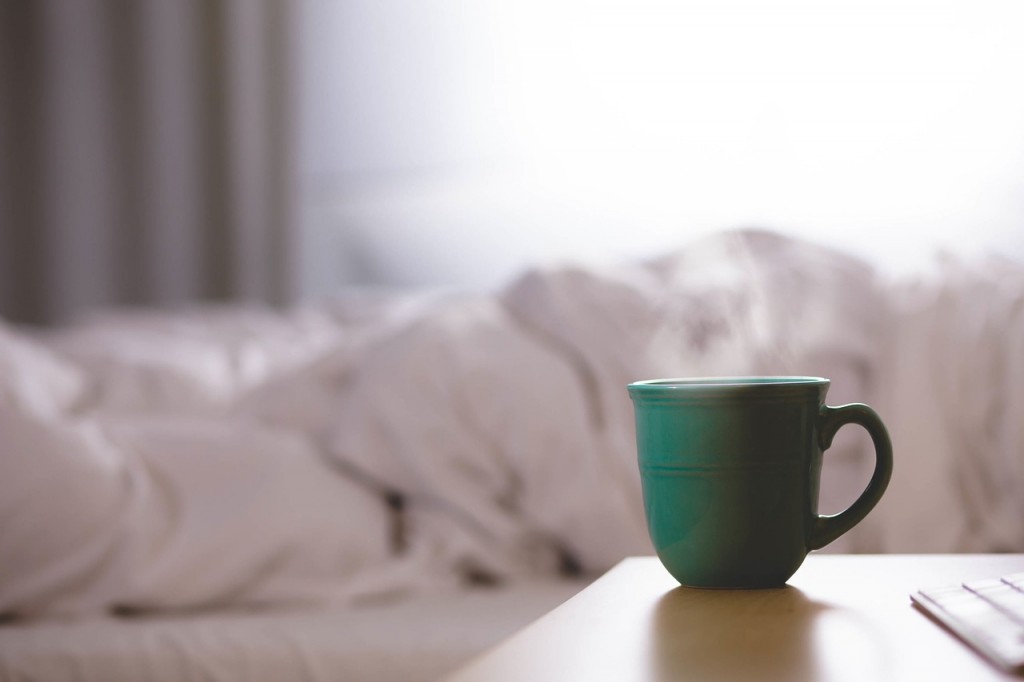 Photo courtesy of Unsplash via Pixabay

Is your sweetheart one of those girls who doesn’t want to talk to anyone or do anything unless she had a cup of coffee? You will surely leave her speechless if you make her coffee one morning in a special cup. Have someone engrave “Will you marry me?” at the bottom so by the time she finishes her coffee, she’ll be jumping out of the bed or her seat to kiss you. 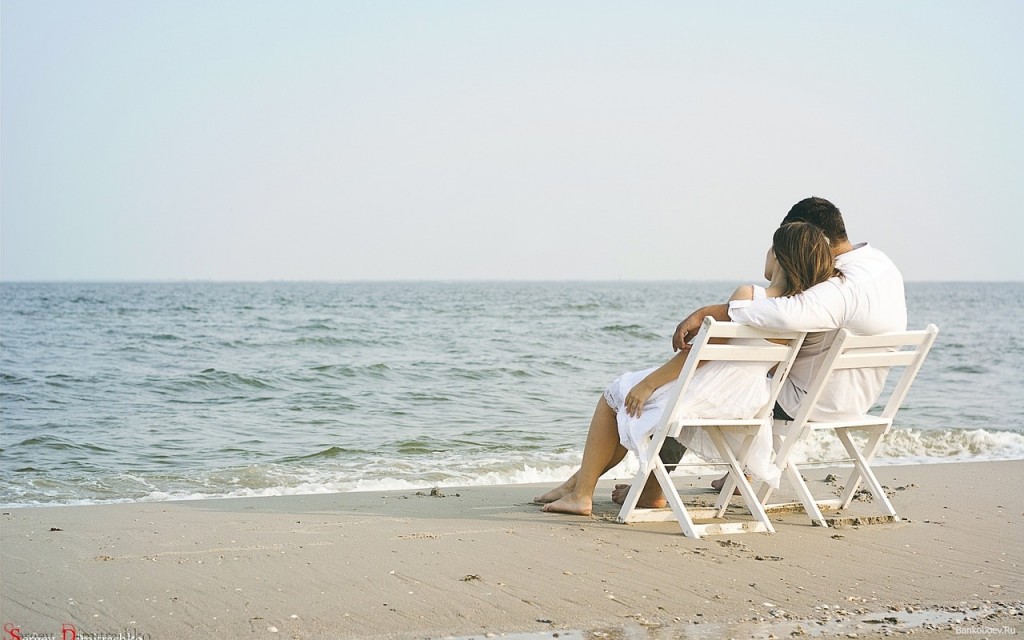 Photo courtesy of CHENA via Pixabay

Bring her somewhere special. Plan a vacation, and by “plan”, that means buying the tickets, booking the hotel, doing the itinerary, and even packing her bags. For once, don’t just be the dude that rides the plane and checks in at the hotel. Among the criteria of marriage proposals that work are ones that you put effort into. Find a romantic spot and pop the question. Secretly film it so that during the wedding day, you can present her with a framed photo of the day she said “yes.”

Propose in the Air 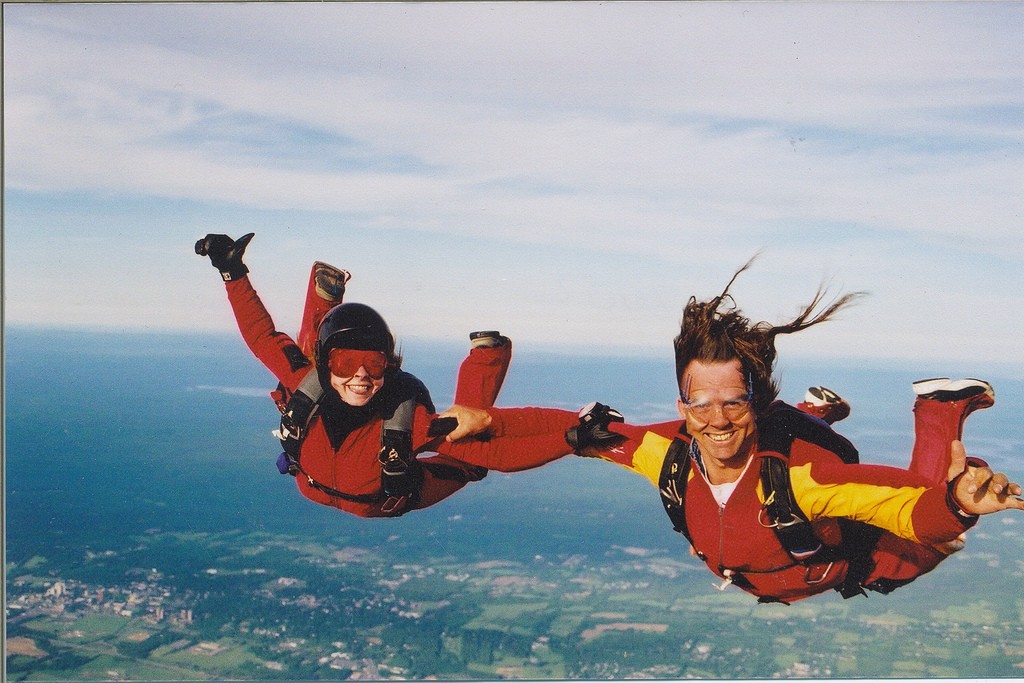 If you are the type of couple who like adventures and thrills, you might want to up your game and take her skydiving. At your descent, just when both of you are still feeling the adrenaline  high and she still couldn’t stop from screaming, make the moment even more memorable by bending on one knee. Just make sure the ring is secured while you’re up in the air.

Go Under the Sea 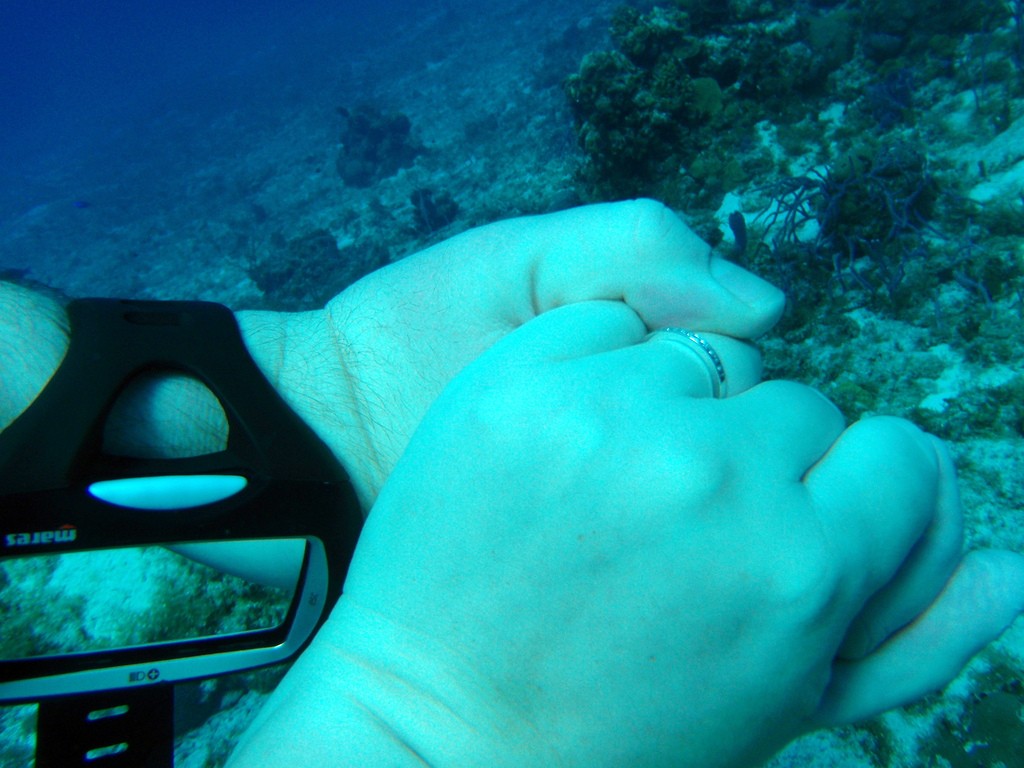 Does your sweetheart have a fascination with the Little Mermaid? Is swimming with the whales included in her bucket list? Then the perfect wedding proposal idea for her is underwater. Somewhere in your tight dive suit, secure the ring and when the view down under is just perfect, pop the question. Under the sea is also a good theme for your wedding ceremony.

Spell It Out in Scrabble 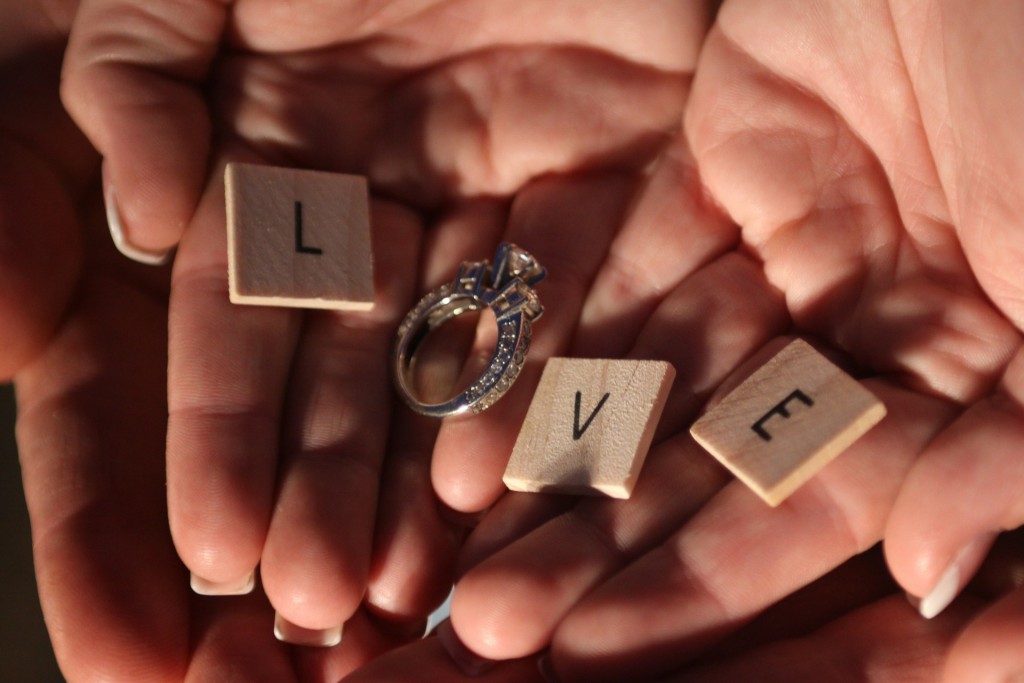 Photo courtesy of BattershellTactical via Pixabay

For young couples living in a condo, spend a lazy afternoon playing board games such as scrabble. It’s not enough that you always let her win. Surprise her with blocks that ask her to be your wife. For sure, you will be the champion of that game.

Hunt for a Wedding Treasure 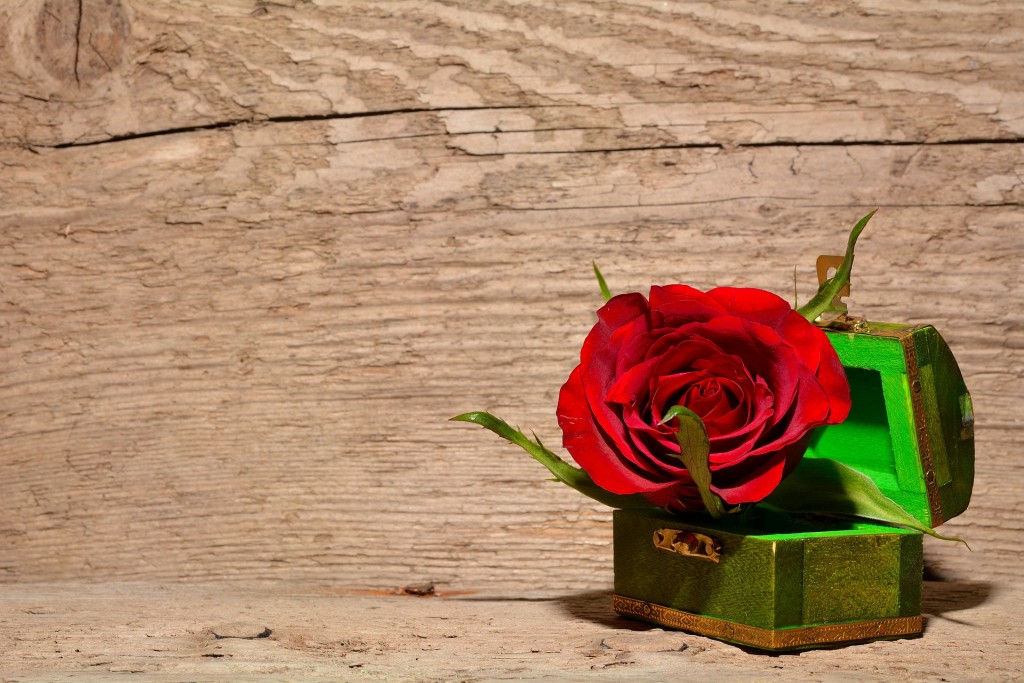 Photo courtesy of Pezibear via Pixabay

A scavenger hunt is always fun. How about adding a bit of romance into it? Treat your partner to a game of her dreams. Be very creative with your clues and take the opportunity to remind her of the good times. At a special place in your condo, place the ring and go down on one knee. Tell her she’s your greatest treasure.

Propose at the Movies 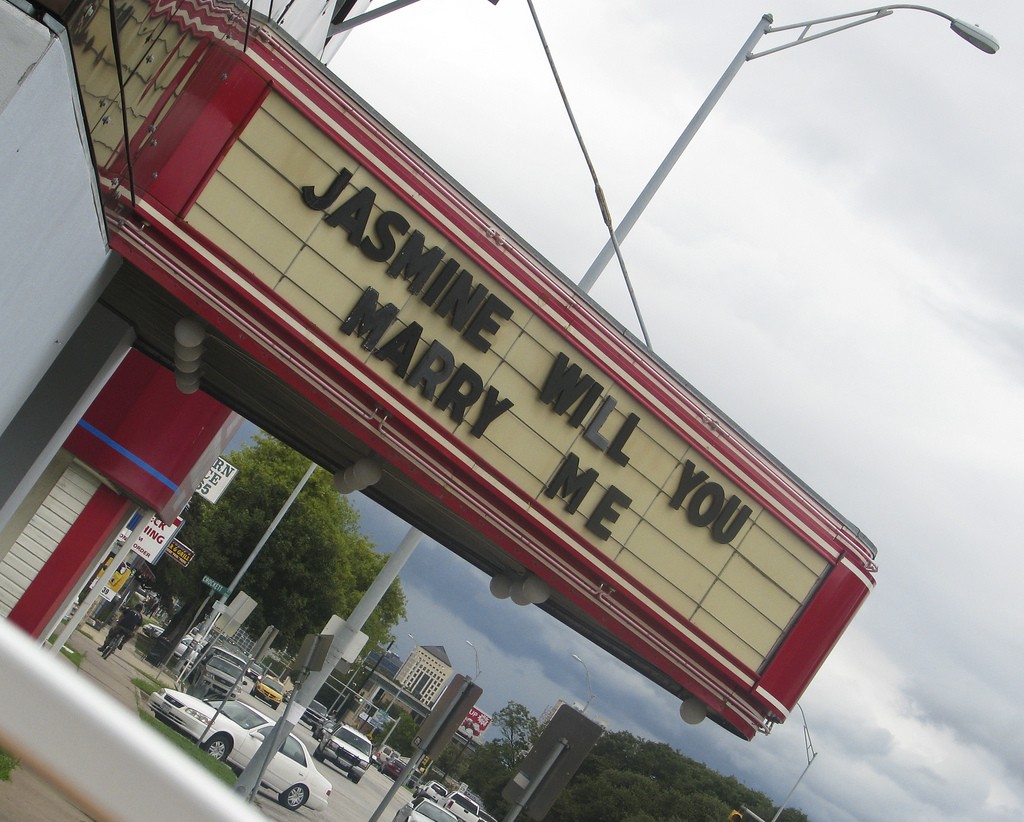 How many movie dates have you been to as a couple? Make one date stand out by arranging for your love story to air at the previews. It may cost you some money, but at least you made your partner the “star” for one night. You may also design your own movie poster and print your own ticket for added effect. 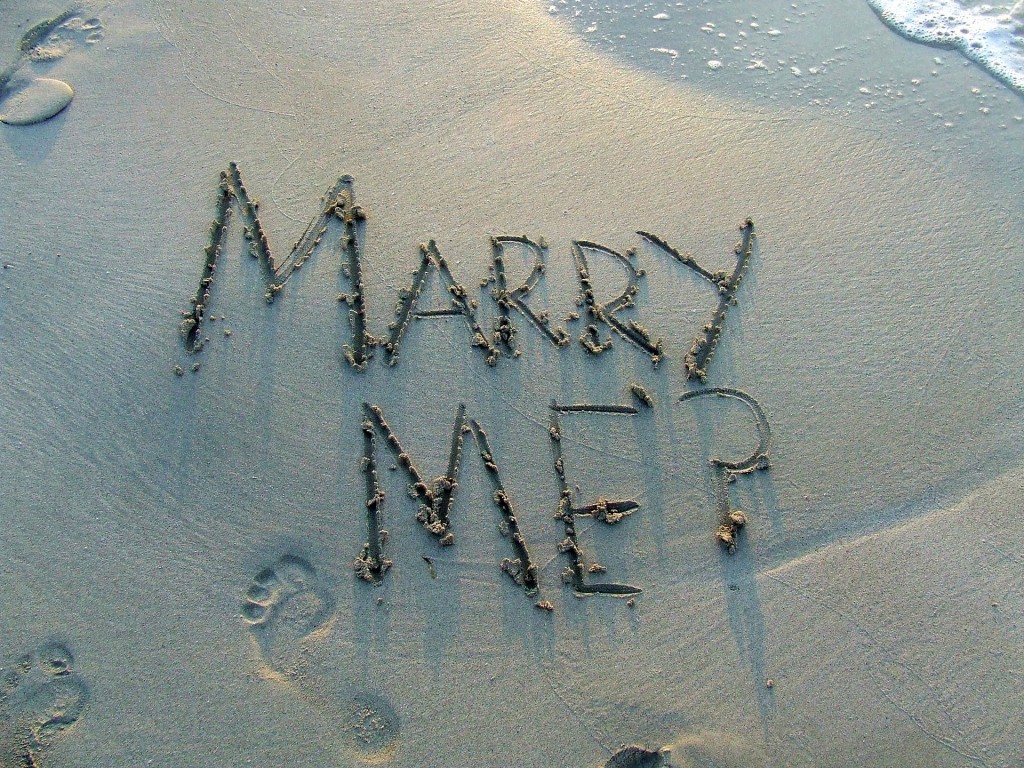 Photo courtesy of hostsh via Pixabay

The beach has always been a romantic marriage proposal venue. You can hold her hand while walking along the shores then out of nowhere, go down on one knee. You may also write your proposal in the sand for a more postcard-worthy moment.
A lot of girls dream of a beach wedding. If your budget doesn’t allow you, there are affordable wedding venues in the metro that you can set up for a beach-themed wedding. 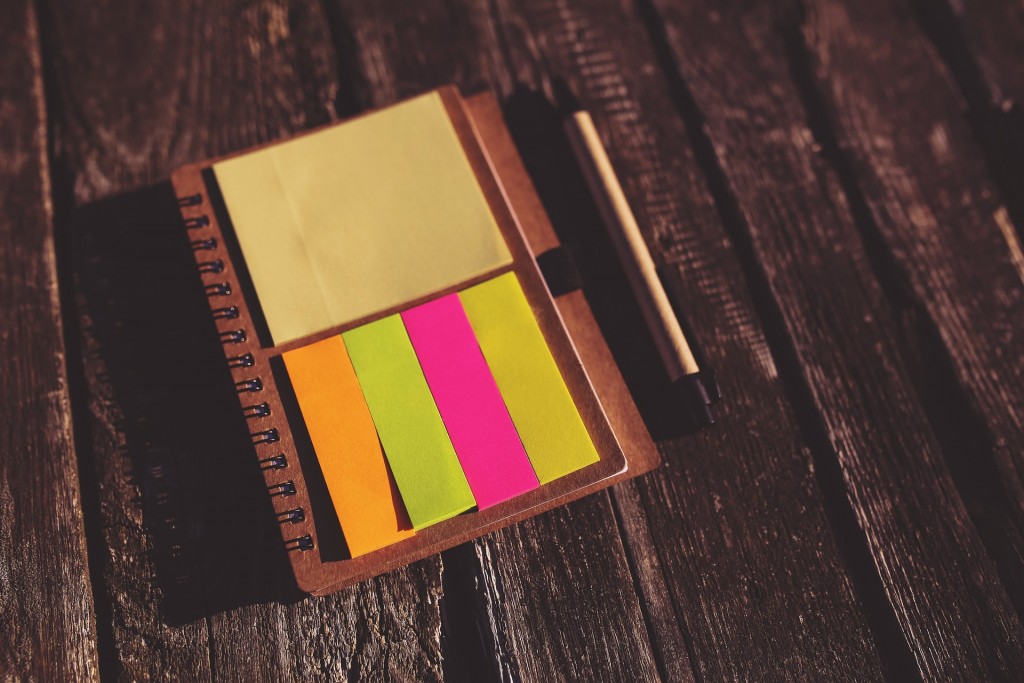 Photo courtesy of kaboompics via Pixabay

There are girls who like leaving sweet notes everywhere in the house. Return the favor in a big way by sticking Post-its all over the house leading to your proposal. In the notes, tell her everything you love about her and your relationship. Finally, tell her you’d love to spend the rest of your life making more memories with her. 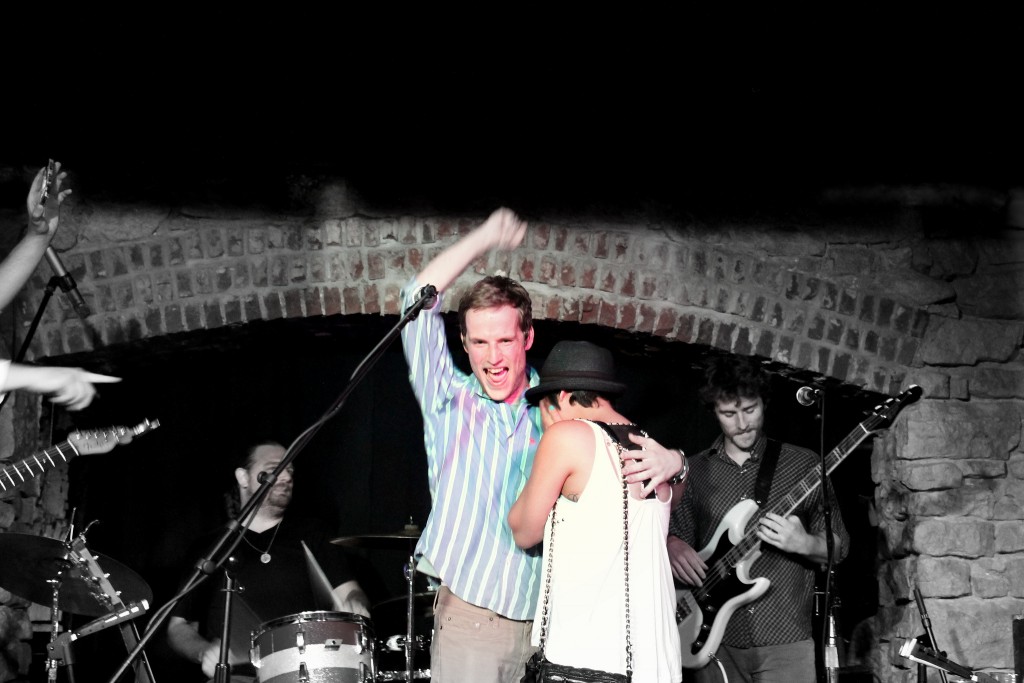 You rock each other’s world, that’s for sure. Find out where her favorite band is playing then casually invite her to watch their gig. Arrange for the band or bar managers to call you on stage for a “special performance.” Sing her favorite song then ask for her hand in marriage.

At the Finish Line 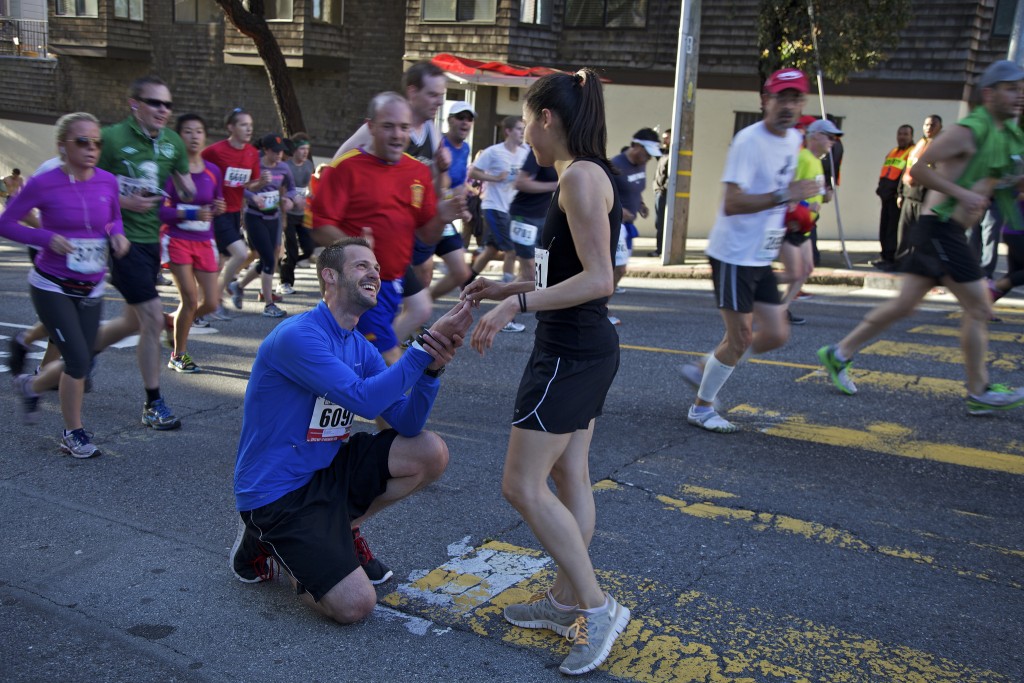 Among the most romantic ways to propose is meeting her at the finish line, literally. It’s like telling her you will be with her at all stages in her life and will see her through triumphs and defeats. Be the one to take her breath away, by going down on one knee and asking her to marry you, while other runners serve as witness.

Be Her Santa Baby 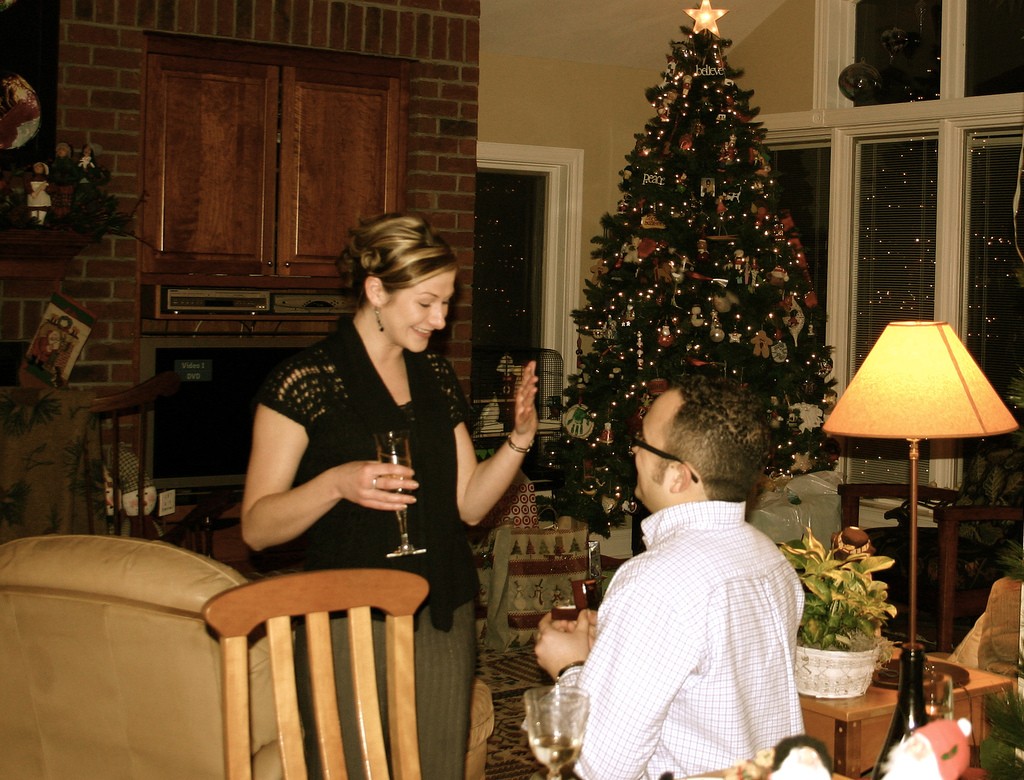 “I want to spend all my Christmases with you,” is a good proposal line should you pop the question during the holidays. Tell her she is the most precious gift you have ever received. You can be in a Santa outfit, too.
The important thing in proposing is creating an element of surprise. But what’s even more important is your sincerity. Whatever you choose to do, put some effort and show her your intentions are sincere.