The Brain’s Influence On Your Renting Choices

The new year is coming up, and you might be thinking about making some significant life changes: finding a new job, for example, or living someplace new. Maybe you’re a first-time condo renter, maybe this is the third time you’re looking for new residence. Whatever the case may be, choosing a condo for rent is an emotional decision, which is why it’s too easy to have irrational considerations if you’re not careful.

It’s certainly tempting to go for resort-style living accommodations, but there’s ultimately a trade off; you’ve got to rationally consider if it’s worth the cost. On the other hand, you mustn’t let fear keep you from seeking growth and a better life. To help you find that balance between hopefulness and prudence, you should know about the most commonly overlooked cognitive biases when renting. 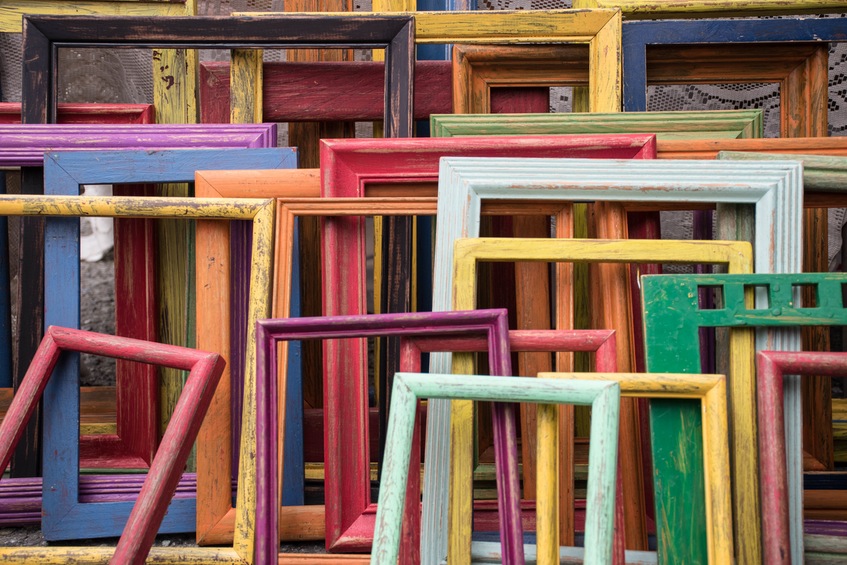 Photo courtesy of Unsplash via Pexels

This is probably the easiest mistake to make, especially if you’re the impulsive type. Have you ever gone to a mall with a certain amount of cash in your wallet, deciding that you’ll spend only 70% of it, and wasting it all upon seeing the items on discount? That’s the framing effect at work: the amount of money didn’t change, but your perception of how much you’re comfortable spending changed because you decided you can’t afford to miss out. This is the same trap renters fall for when they determine how much of their monthly income they can afford to spend on rent, then squeeze out a bit more for a condo in a premium location that’s slightly cheaper than other similar units. 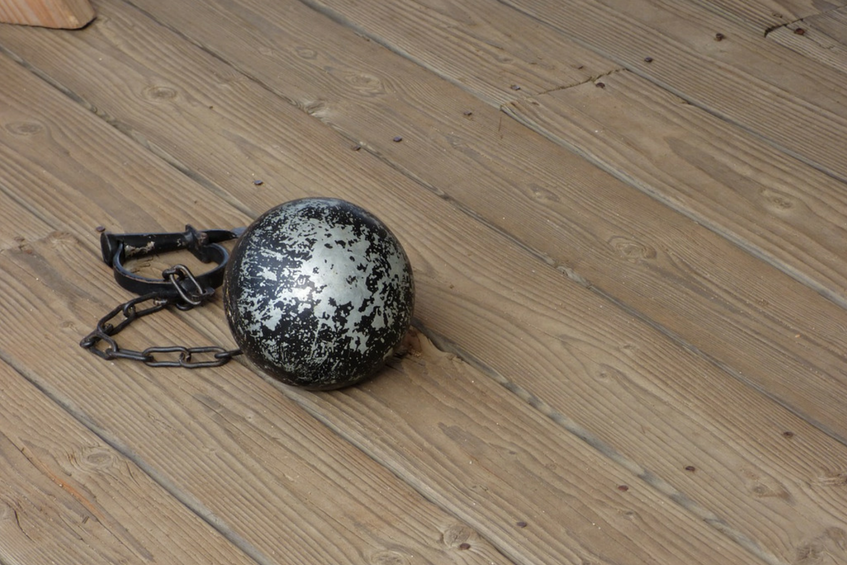 Photo courtesy of BookBabe via Pixabay

Some condo renters find it hard to move because they’ve already invested so much in renovating the bedroom, the kitchen, or some other part of the unit. This tendency is especially strong when you spend more on a renovation than you can actually afford—a disappointing situation that reality home makeover shows may be setting people up for. This is the sunk-cost fallacy, which makes you more likely to hold on to a commitment or property that you previously made an investment in. When you’re put in a position where you’re forced to move, for example, if you’ve found a possible new job with much better pay, but much farther from your current residence then you have to avoid letting this bias affect your decision. 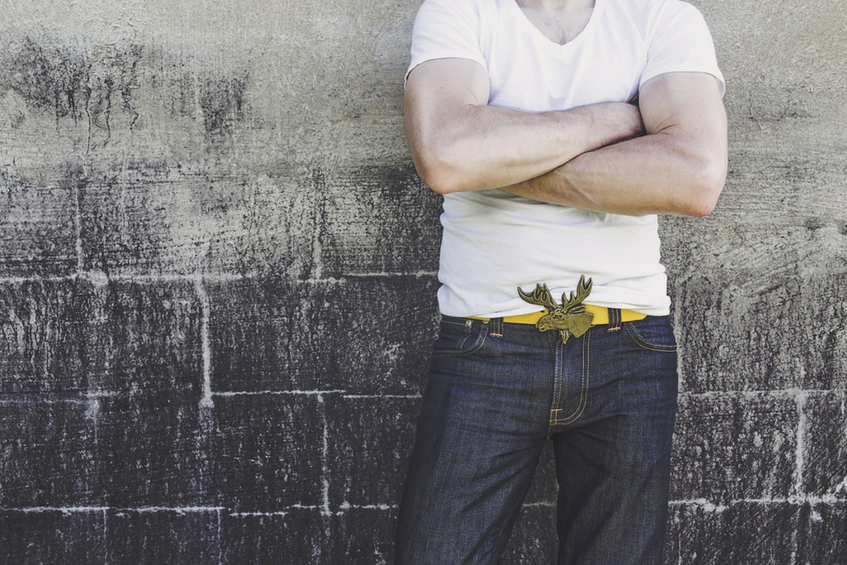 Photo courtesy of RyanMcGuire via Pixabay

Think about the enjoyable apartment or condo amenities you could miss out on because of a negative preconception you can’t let go of. For example, let’s say you think most of a particular property or development’s residents are from a much older generation, which makes you uncomfortable, but you check it out anyway. The agent takes you to see the unit, and mentions that the previous owners were seniors. Right away, alarm bells sound in your head, and you’re already primed to say “I want to look somewhere else, thanks.” You’ll probably block out all other information: all the other tenants are actually much younger, the community is designed for active millennials, and so on. It’s best to determine any preconceptions you have about a certain place, and be open to information that could change those notions. 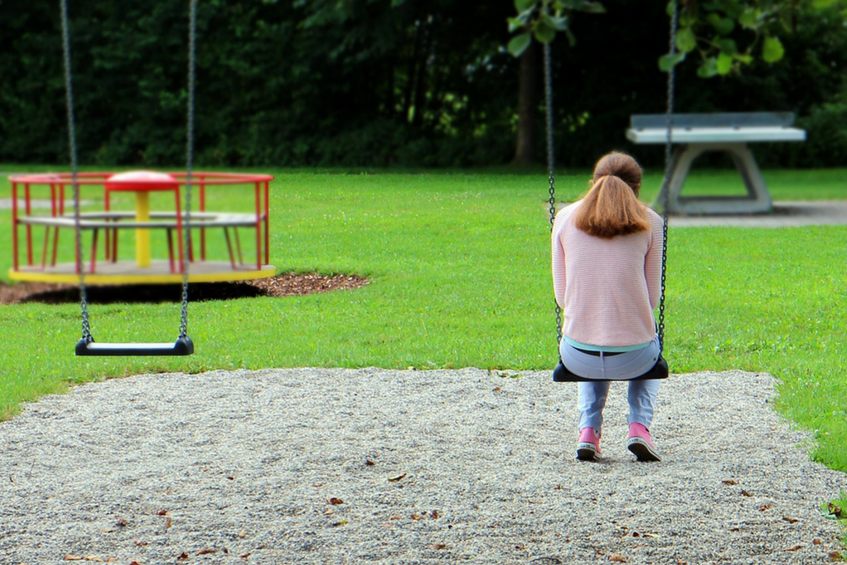 Photo courtesy of Antranias via Pixabay

Be careful to avoid letting your present mood overly influence your decisions. For example, the prospect of having ready access to a swimming pool can be really attractive when you’re looking for a new condo in the summer. But if you like to spend most of your free time indoors reading lifestyle blogs, you should definitely take that into account. This is especially important if the place you’re tempted to move into is a little bit outside your budget: thoughts like “I’m sure in two years, I’ll have enough income to comfortably pay for it” are usually just rationalizations you make in the moment, so give yourself a serious self-check. 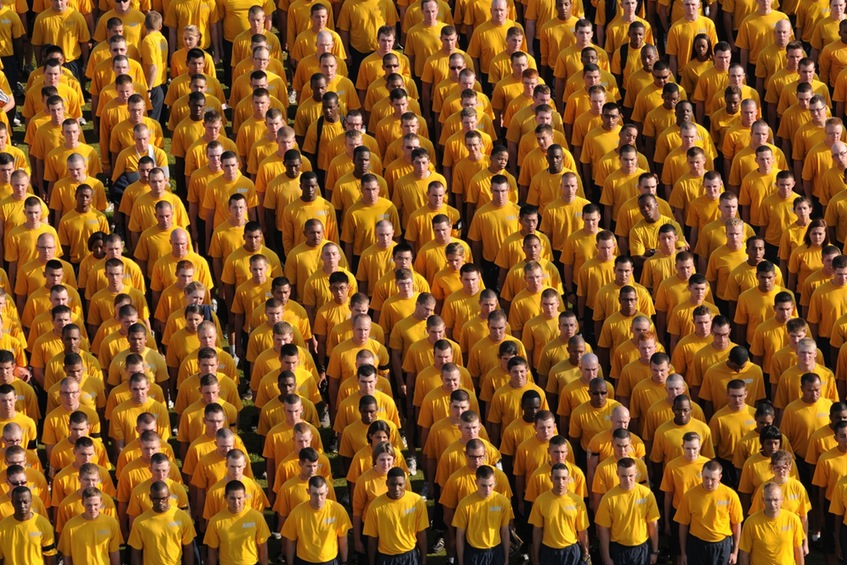 Being part of a group is healthy because of the emotional support it can provide, but it can also make you tend toward an established idea of normal behavior. This can be good assuming all your friends know what they’re doing and the decisions they make are good for you too. However, if you’re considering moving to someplace that’s a little pricey just because two or three of your friends are living there, and you can just as easily rent a condo unit nearby that’s more affordable and has amenities that you’re personally fine with, then you should probably make the decision that’s best for you. You could save the difference, or actually use it to fund more fun gatherings with your barkada. 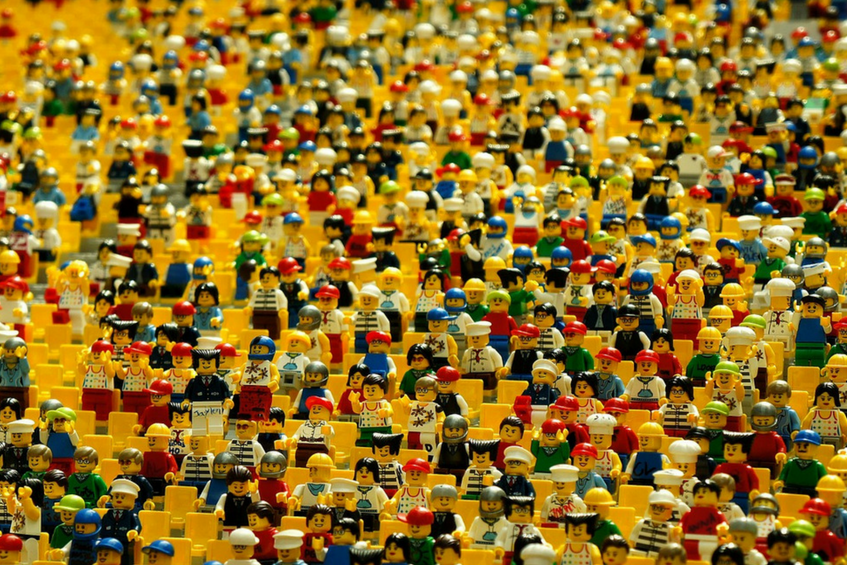 Photo courtesy of eak_kkk via Pixabay

This one is similar to confirmation bias, but it’s a little bit worse. That’s because in this case, you don’t actually know anything about a place, and you’re just making assumptions based on what you know (or think) about the group it’s a part of. For example, you may think that a particular district is dangerous, and you assume that living there would not be a good idea. But maybe a specific condo property in that district has decent enough security to protect its residents, and the specific area the condo is located in is much safer. Just like you don’t want to assume things about someone based on their ethnic background, it’s a good idea to not assume things about a place you’ve never visited. 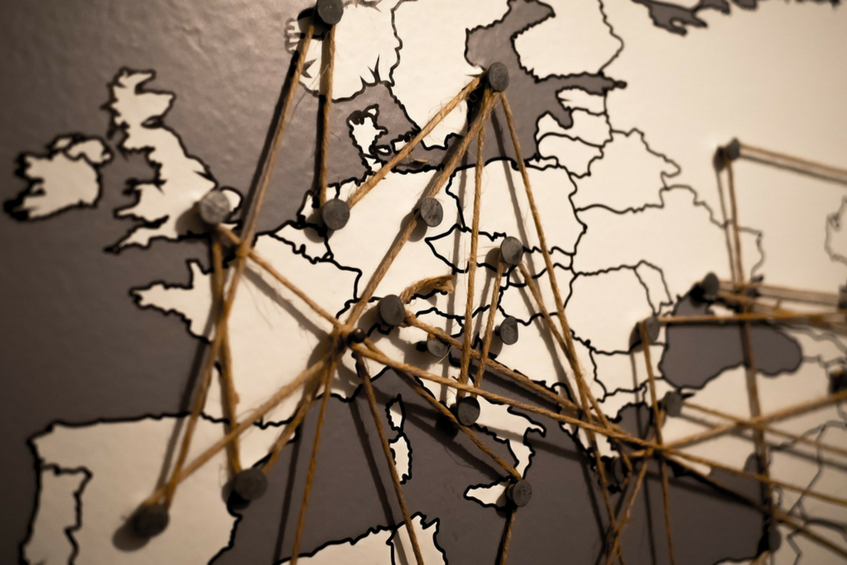 Photo courtesy of TheAndrasBarta via Pixabay

People’s brains are wired to make connections, which makes them tend to assign correlations between events and variables that are totally unrelated. This can make them reluctant to move for the most arbitrary reasons. Someone may believe that their current residence is “lucky” because they were living there when they were hired by their awesome boss, when in truth it was their own work experience and skills that got them the job. Just as you don’t want to place too much importance on previous investments you made in your current residence, you don’t want to build attachments based on connections that don’t exist. When it’s time to decide whether to stay or to go, you should evaluate different condo properties based on their own features. 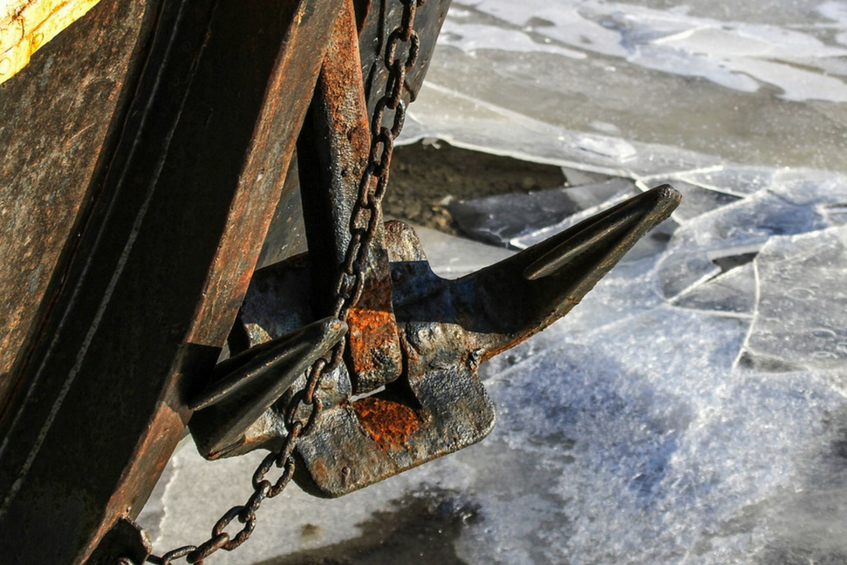 Photo courtesy of WolfBlur via Pixabay

The anchoring effect happens when people assign too much importance on the first value they hear when making comparisons. For example, the rent for the first property that you visit may be 30% more expensive than the rent for the second, but that doesn’t mean the second property is cheap; maybe the first property was just overpriced. That’s why it’s a good idea to evaluate more than two options when you make a financial decision. The more alternatives you examine, the better grasp you’ll have of what the fair price on the market actually is. 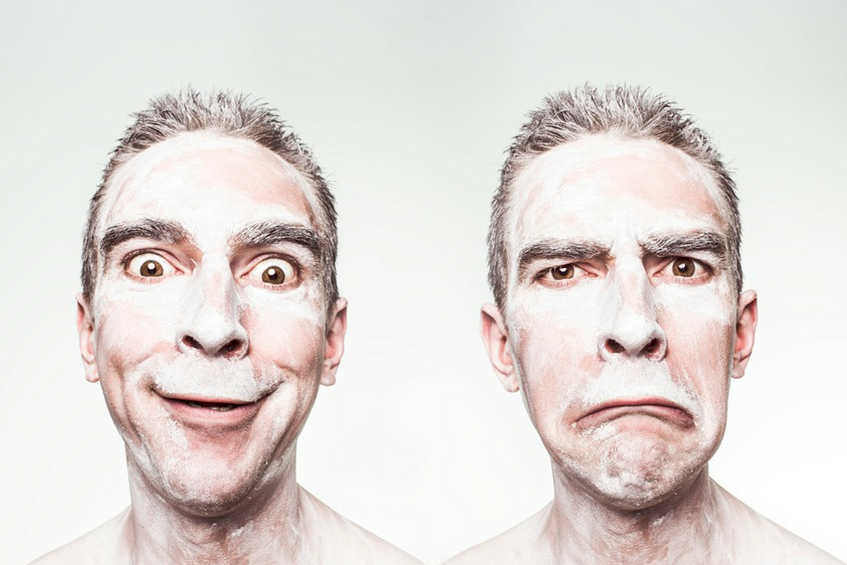 Photo courtesy of Gratisography via Pexels

A lot of people are familiar with buyer’s remorse, which is when you realize you made a purchasing mistake and regret it. This is the opposite: you make an incorrect financial decision, then you tell yourself it’s okay because of some rationalizations. You may discover that the commute to and from work is longer than you thought, but then look at the “bright side” of your having more time to check your social media accounts on the road, or having a handy excuse whenever you’re late for work. This tendency makes people settle for less-than-ideal living accommodations, and may make them stay even after their lease is over. Life’s too short to avoid acknowledging and correcting your mistakes.

When you decide to change residences and rent a condo, you face a life-changing decision. It can be daunting, especially considering the serious financial, emotional, and social consequences of an incorrect choice, a wrong “yes” or a wrong “no.” That’s why you’ve got to hone your decision-making skills. Once you’ve learned how to avoid cognitive biases, you’ll be better prepared to seize opportunities and avoid risky bets.