The 10 Creepy Places to Visit in the Philippines

Halloween is the best time of the year for thrill-seekers. Everyone has scary stories to tell, and heart-pounding movies are available for the whole month of October. But listening to stories and watching movies can sometimes get boring, especially if you’re doing the same thing every year.

Here are the mysterious places to visit in the Philippines for an amazing and scary Halloween vacation. One piece of advice before going to these places: make sure you do regular exercises to be physically prepared to flee if you encounter something in these places! 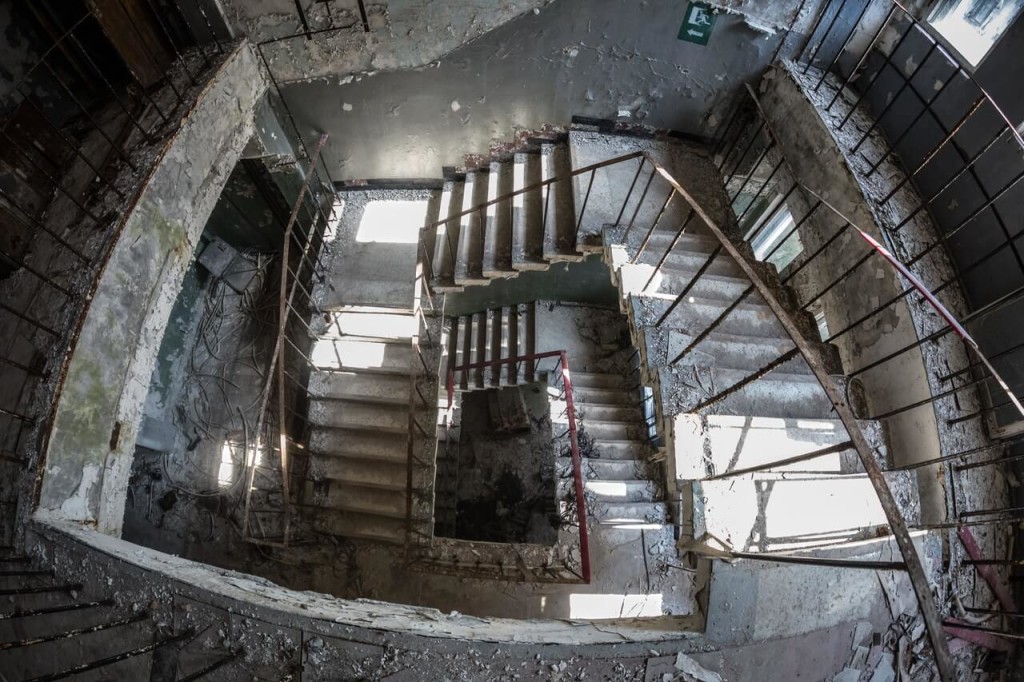 Photo by Wendelin Jacober on Pexels 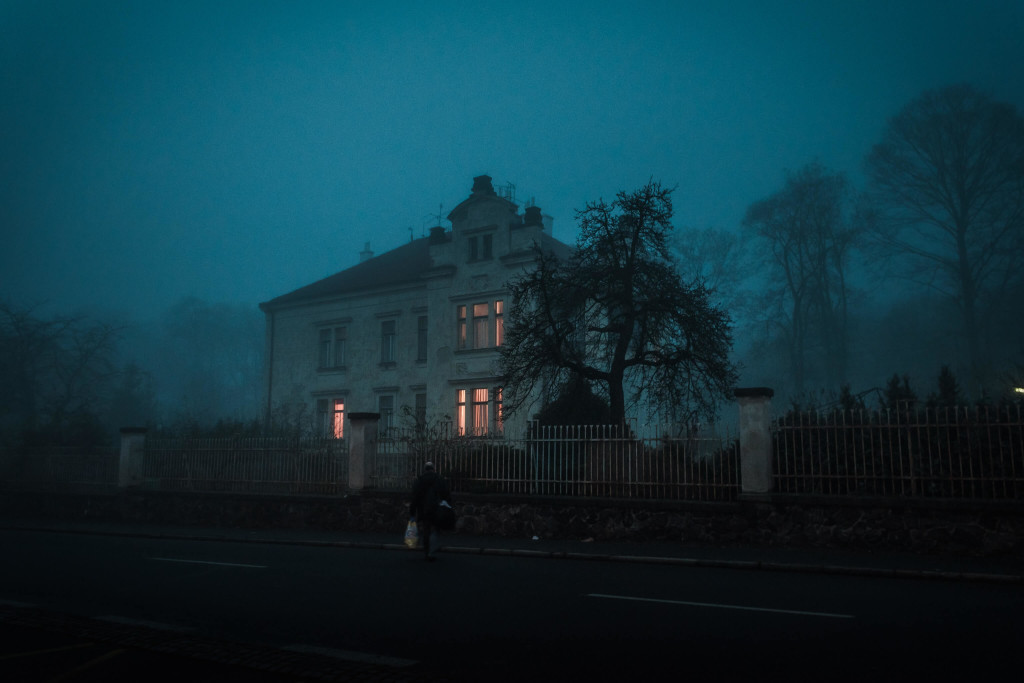 The Laperal White House is a Victorian-style house that is built in the 1920s. It was owned by the Laperal clan of Don Roberto and Doña Victorina. But the house is a witness to the brutalities of World War II, which earned the house its spot in the list of the most haunted places in the Philippines. The said house is where Japanese soldiers reportedly tortured and killed Filipinos who are suspected to be working with the Americans.

According to the longtime caretakers of the house, apparitions of a woman and a little girl are often seen around the house. The Laperal White House is open to visitors, and there is more to see aside from various memorabilia from the Laperal clan. The place is also the venue for the annual Ifugao Bamboo Art Exhibition. 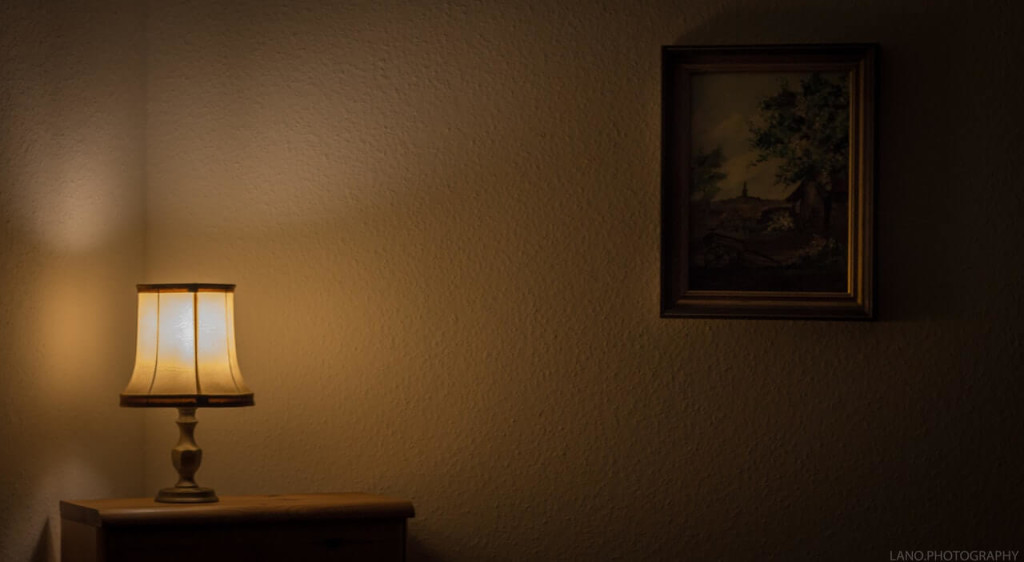 Another famous location that is always on the list of creepy places in the country is the Diplomat Hotel in Baguio. The hotel is a Dominican Retreat House that was built in 1913, then turned into Colegio del Santissimo Rosario in 1915. The Diplomat Hotel is also a witness to the tortures of World War II. It was once occupied by refugees, nuns, and soldiers but was bombed by the American armed forces.

Because of such occurrence, headless ghosts and otherworldly noises can be heard by locals around the area. So if you want to check out the place, you can go exploring there because it’s open to the public.

Also, there are lots of other haunted places in Baguio. If you want to explore more of other mysterious places in Baguio such as Teacher’s Camp, you might as well stay somewhere comfortable like Outlook Ridge Residences to balance it out.

Photo by Adrienn on Pexels

As it turns out, the glorious Malacañang Palace is also no stranger to scary stories. The Palace was built in the 1970s. Ever since it has seen the worst and best moments of the country. It used to be the home of every nationality that colonized us, from the Spanish leaders to the Japanese leaders. All sorts of ghostly apparitions are said to reside in the area such as those of soldiers and children, as well as the deceased presidents like President Manuel Quezon and Manuel Roxas. Truly, these ghostly sightings made the Palace one of the most haunted places in the Philippines.

To visit the place, you will have to book a reservation. However, the tour is only for certain parts of the palace. Some of the areas are strictly reserved for official business functions of our country’s leaders. 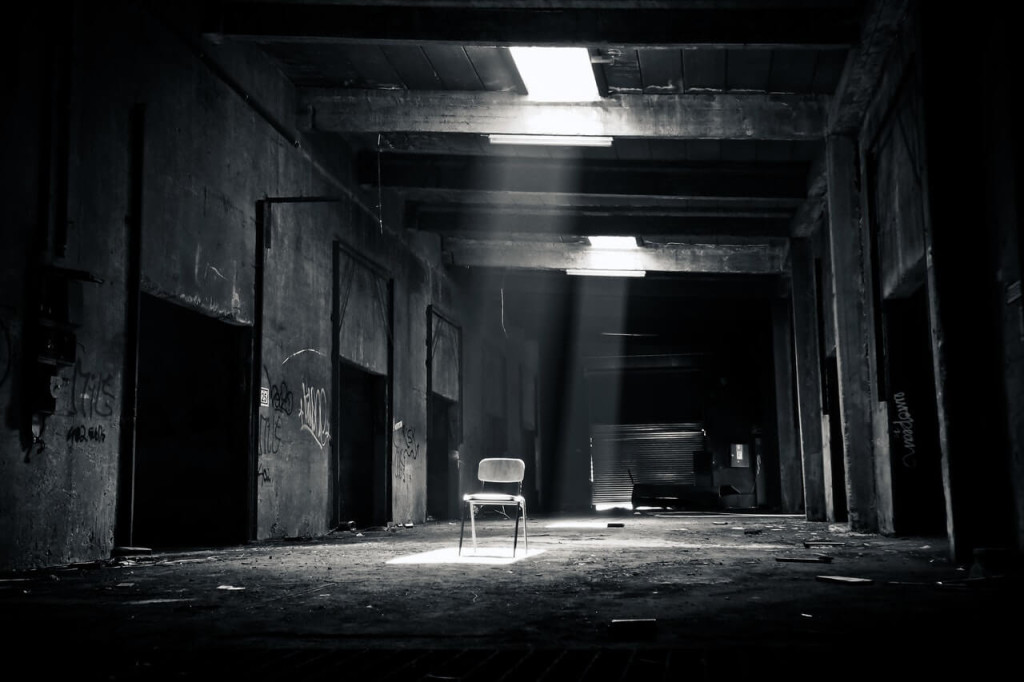 Corregidor Island has an important part in history, which makes it one of the haunted places in the Philippines. The abandoned forts and the hospital ruins were once the locations that housed injured and dying soldiers that fought for the liberation of the country from Japanese soldiers. The said locations now serve as the historical memorials to these soldiers, as well as tourist spots that carry scary stories with them.

Interestingly, the hospital ruins were also a site of a massacre during the Marcos administration. If you think you can handle knowing more about the story, you can try signing up for the guided tours at night. 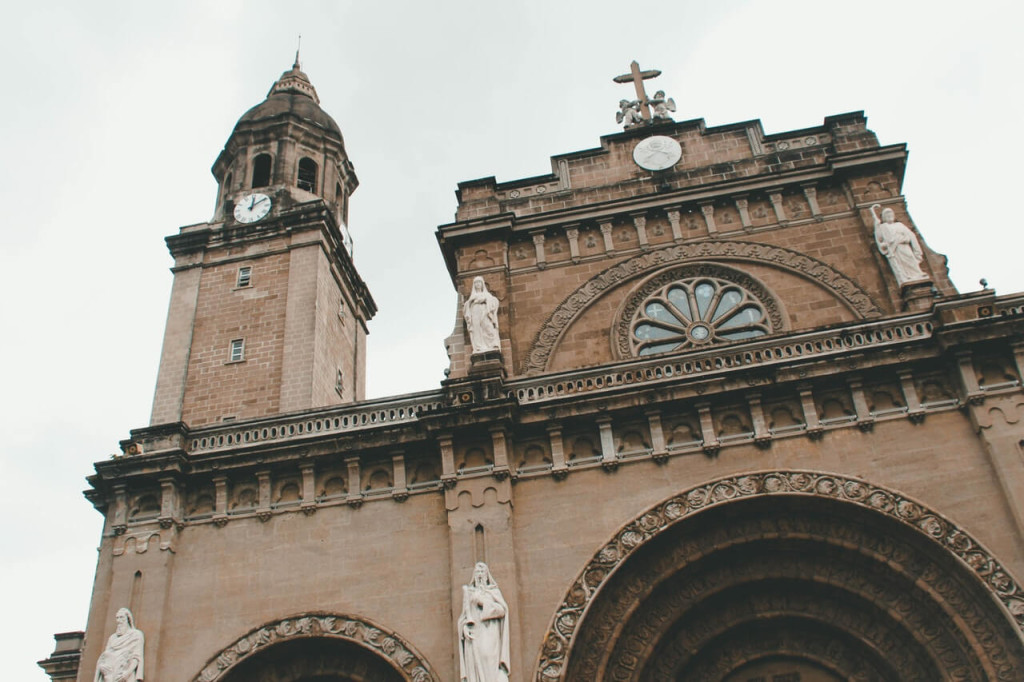 Photo by Nicole Law on Pexels

Of course, Intramuros will always be a mainstay in the list of haunted places to visit in the Philippines. The Walled City has seen numerous atrocities committed to our fellow countrymen and soldiers from other nationalities. It is even where Dr. Jose Rizal spent the last moments of his life. Naturally, caretakers and people living near the area will have scary stories on the ghosts of soldiers and innocent souls who seem to be seeking justice for the torture they had endured during the colonization years of the country.

For its reputation as one of the creepy places in the Philippines, Intramuros now have ghost tours during Halloween. One of its famous ghost walk tours was held in 2016. This year, a mystery bike hunt that is guaranteed to boost your adrenaline rush is hosted by the Intramuros Administration. 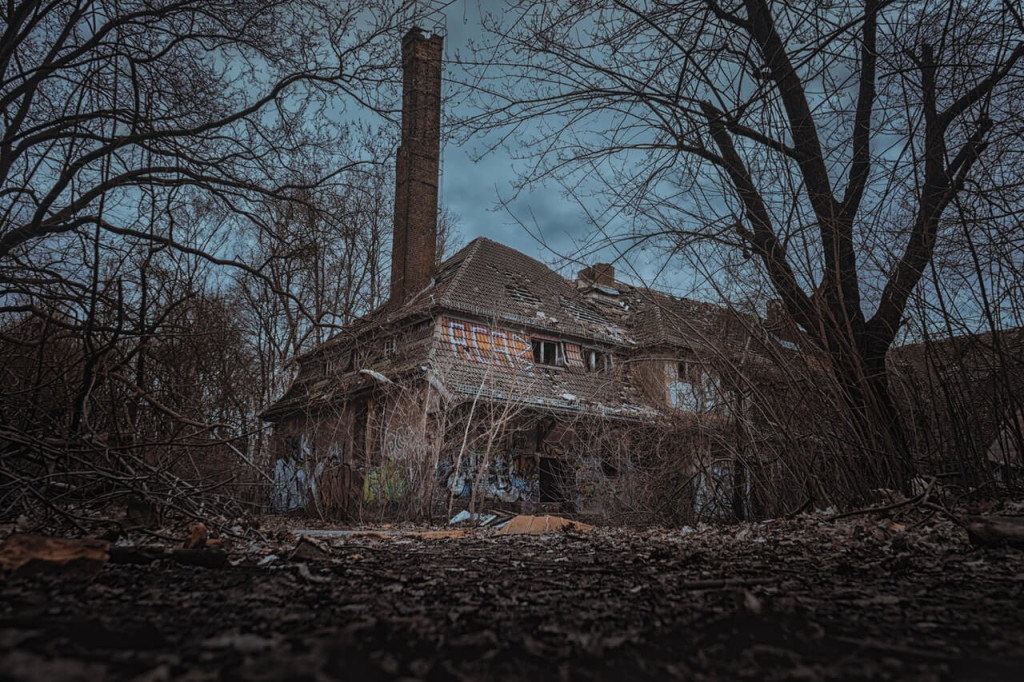 Who would have thought that one of the most photogenic tourist spots in Negros is also one of the creepy places to visit in the Philippines? The house was built in the 1890s by Don Victor Fernandez Gaston. In 1901, it was considered as one of the largest houses in the area. The place has been passed down from generation to generation since the Spanish era. Right now, it has been considered as one of the most famous historical landmarks of the country that are open to the public for visiting.

As a place filled with memorabilia and antique furniture from many generations before, it is only a matter of time that locals have scary stories to tell about the house. People recounted stories of seeing and hearing ghosts that are said to be clad in Spanish era clothing in the house.

The iconic Quonset Huts of Subic are famous for their structures. It has lengthwise-cut barrel shapes, which gave the Subic Naval Base a unique facade. The said Quonset Huts are built during the earlier years of developing Subic as a base for the US Navy. The structures have since withstood typhoons and the devastating Mount Pinatubo eruption.

While there are not many stories about ghosts in the area, the huts are considered as one of the beautiful but creepy abandoned places in the Philippines. You can easily pass by the huts in the Subic road, but you can never get the eerie feeling out of the silence from passing by the area. 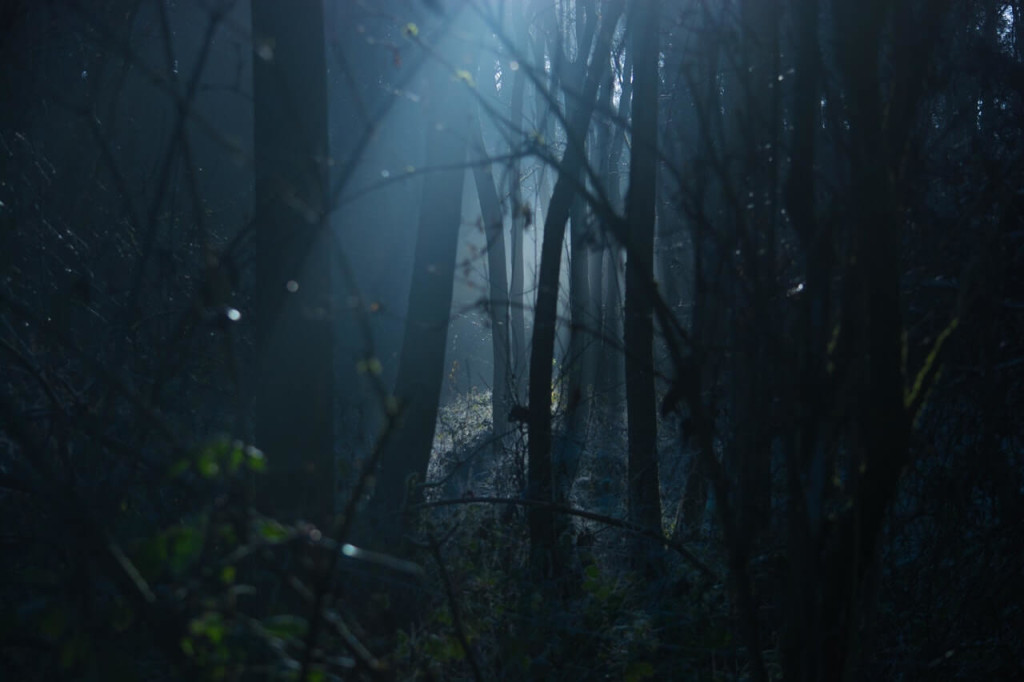 Balete Drive is no doubt, a popular entry to any list of the creepy places to visit in the Philippines. One of the scariest stories attached to the area is the resident White Lady. The history of the said apparition is unclear. Some locals say that she is a student from the University of the Philippines, who was raped. Others say that it was the spirit of Lucila Lalu, the infamous Chop-Chop Lady victim in the late 1960s.

Of course, you can freely drive around the area. But be careful though! Locals say that the said White Lady hitches a ride in vehicles. Another haunted house in this list, the Herrera House has also seen the worst of World War II. It was damaged by the bombings during the Japanese occupation. Built in 1927, it showcases the original architectural design of Thomas Mapua, including the famous Elias sculpture. Over the years, the said sculpture has earned a reputation as a good opening to the classic Pinoy horror movie.

Townsfolk say that the sounds of chains being dragged can be heard in the house. Others claim that headless soldiers also roam the area. More apparitions are said to appear in the house, so if you think you can handle the scary stories about Herrera House, you should pay a visit because it is also open to the public. 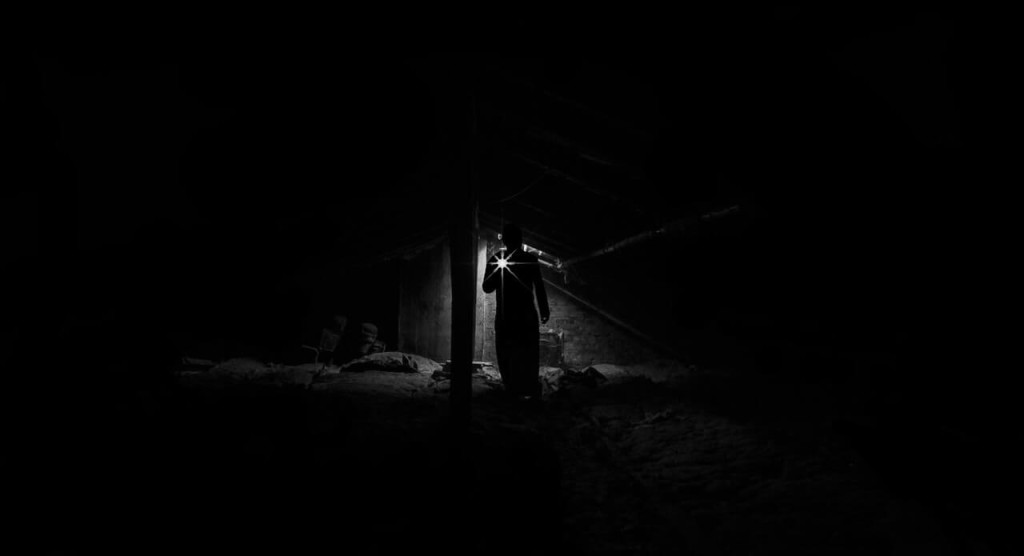 Photo by Lennart Wittstock on Pexels

The truth is, the whole island of Siquijor is considered as one of the most mysterious places in the Philippines. It is famous in Philippine folklore as a place of magic, witchcraft, and sorcery. Healing rituals and potions seem to be a common sight around the island that one cannot help but listen to the scary stories from the island folks there.

One of Siquijor’s famous creepy yet majestic places is in Lazi, Siquijor. The 400-year-old balete tree is in the said area, which is the biggest and oldest balete on the island. Of course, townsfolk say that the said tree can be home of otherworldly creatures like kapres. To add to its mysterious and amazing vibe, you can freely enjoy a dip in the cold spring that comes out of the roots of the balete tree.

While the creepy places in this list are open to the public, it is your responsibility to show respect to the area. Do simple acts of respect such as keeping the area clean or keeping quiet with your companions. And whether you believe the locals’ stories or not, say a prayer for the departed souls there or hope that they find solace after all these years.