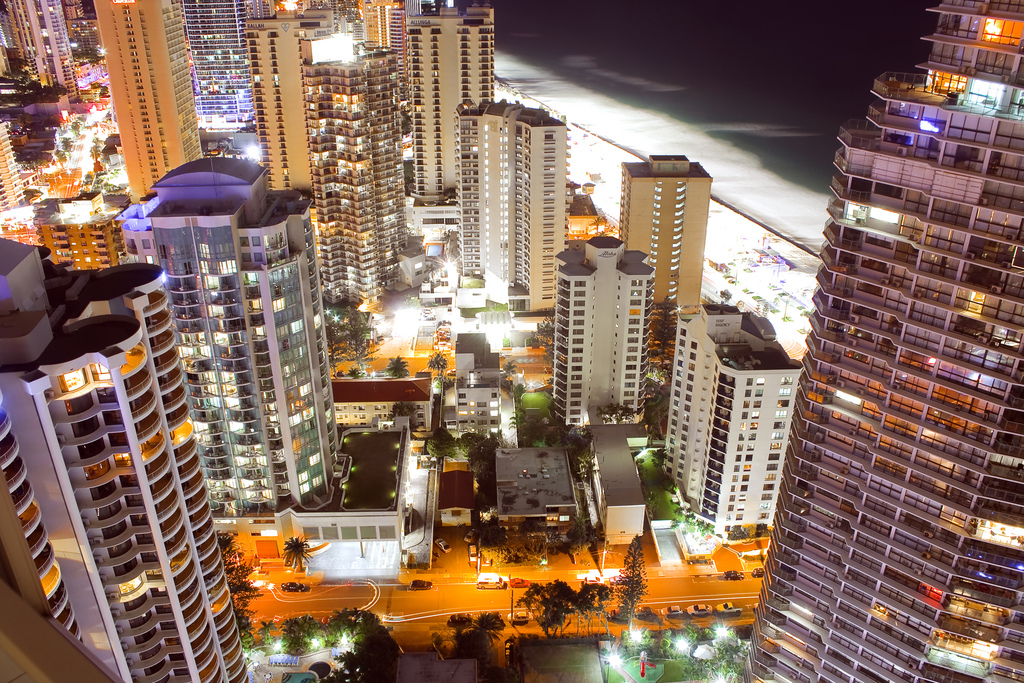 According to the CIA World Factbook, the Philippines carries a total population of 86.24 million ten years ago and rose to more than 100 million people to date. People are the future of every country that a rising number of population means greatness to the growth of industries and businesses. However, the problem lies in the concentration of the people in the country. Almost all these people choose to embrace urbanization by living in cities in the country which causes crimes and issues on social control. More so, traffic, noise, pollution, insufficient public transportation vehicles and lots of people make a busy city. You probably know all these so read on and find out whether you live in one busy city. Check out the top eight busiest cities in the Philippines below. 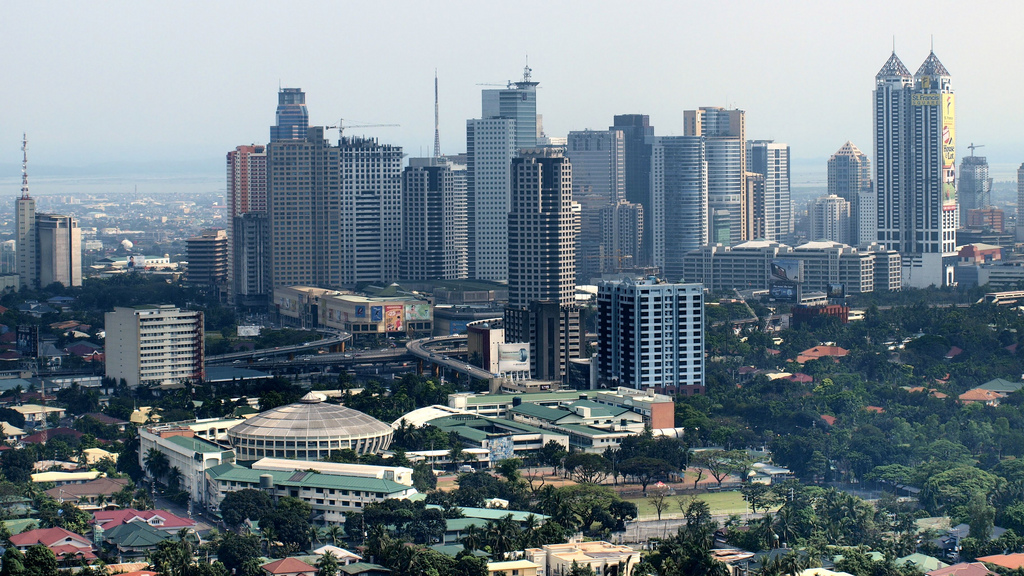 Pasig used to be completely residential and industrial, however, Pasig is slowly getting into the commercial side of the industry. Pasig boasts of the Ortigas Center which is one of the top business districts of the country. Another business hub lies along the Ortigas Avenue Extension, the Frontera Verde which houses CCF and the well-known Tiendesitas.

This city is also a known foodie destination especially in the Kapitolyo where numerous restaurants and hole-in-the walls swarm the streets. Transportation is made available in the city but having one of the main roads in the country, the Ortigas Avenue is always congested with cars especially during the rush hour. 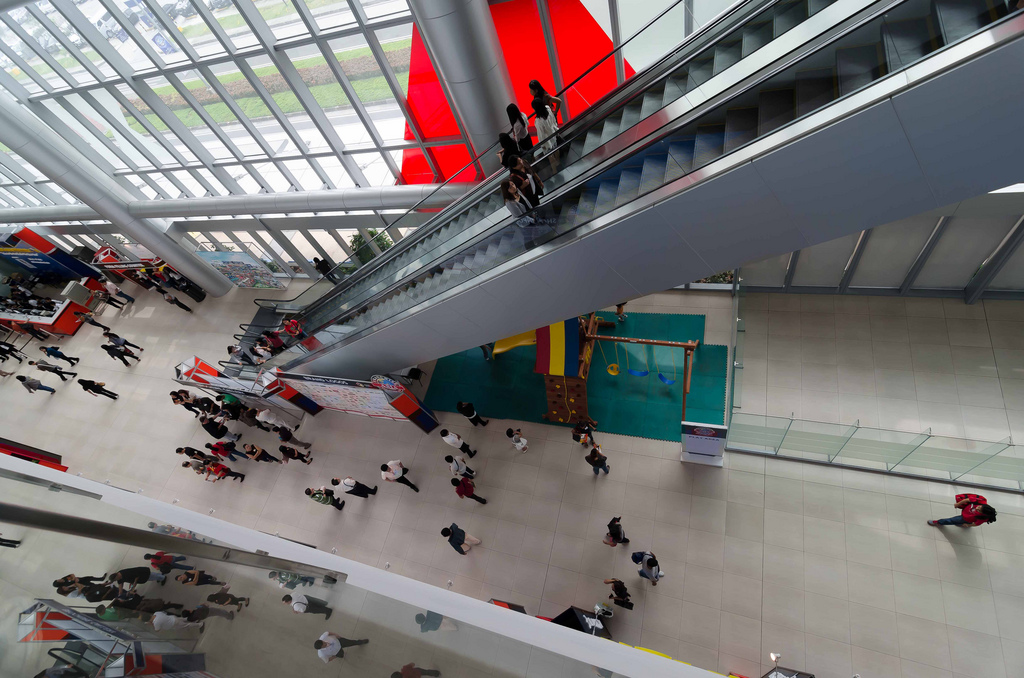 In terms of population density, Pasay City ranks third on the list with a population of 392,869 and an area of 13.97 sq. kilometers. One of the four original cities of Metro Manila, Pasay city has embraced urbanization during the American occupation. Pasay city houses the hangar of the top airlines of the Philippines like Philippine Airlines, Cebu Pacific, Zest air, and the like.

Pasay is also known for its share of tourist attractions and entertainment hubs located along Roxas Boulevard. The second largest mall in the Philippines is also found in Pasay, the SM Mall of Asia. Numerous attractions are found within the Cultural Center of the Philippines Complex such as the Philippine International Convention Center(PICC), World Trade Center Metro Manila, Manila Film Center, Cuneta Astrodome, Aliw theater, and Star City. With the amount of tourists they get in a day, Pasay is teeming with numerous condominiums like La Verti Residences and properties near business districts like other condotels to stay in for the night. 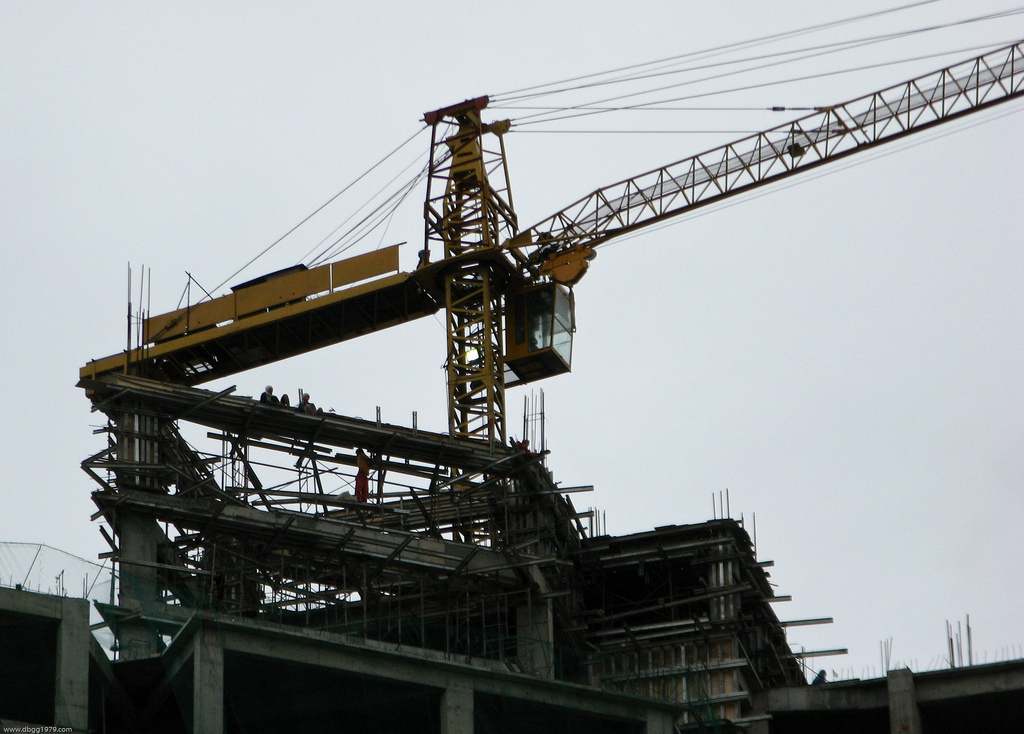 Historically the first capital of the country, Cebu City has a population of almost a million people. Located in the Visayas region of the Philippines, Cebu city is the second most populous city in the country. With an area of 315 sq. kilometers, this so called “Queen City of the South" is the fifth most busy city in the country.

As early as the 1990s, Cebu has experienced a rapid economic progress due to its strategic location close to islands and beaches and accessibility to tourists. Last year, it was considered as the 8th BPO Destinations from all over the world due to the IT-BPO brands that crowded the city. On top of this, international hotel brands and big mall operators have popped in the city which increased the confidence level of more condominium and hypermarkets in Cebu. With this, you will always see people in the city out and about, experience traffic in the metropolis, and even experience crowded night markets. 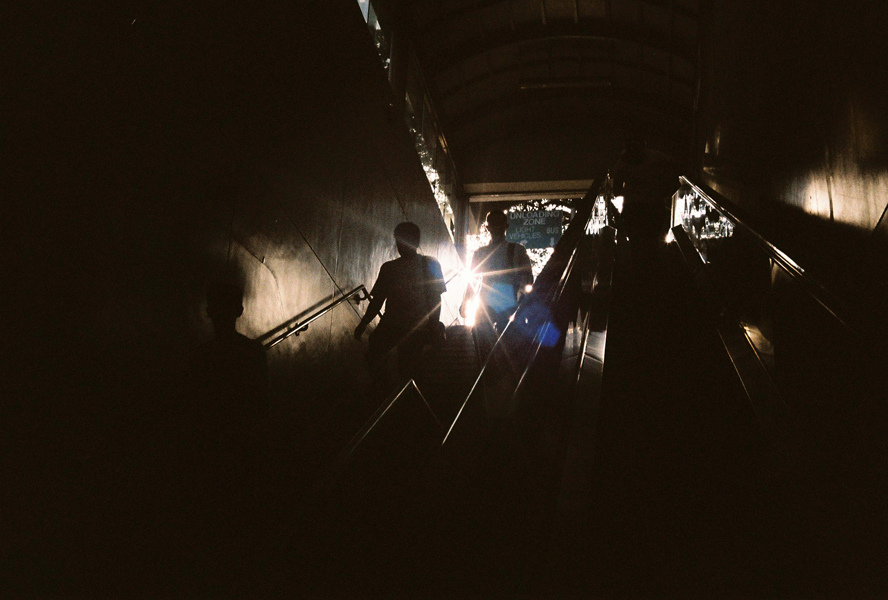 Even with a population of only approximately 500,000 people and an area of 21.57 sq. kilometers, the city of Makati goes in the list of the top 8 busiest cities in the Philippines. Being the center of commerce and numerous business districts and establishments including hotels, BPO industries, bars, and condominiums, Makati city is home to most professionals and tourists alike. With 7,200 residents per square mile, you will witness the busy streets of Makati during the day and experience heavy traffic along its avenues during 7-8 pm. During the weekdays, the population of Makati is believed to double its size to almost a million people considering the people who go to work, shop, dine, and play within its Central Business District.

The city of Makati is considered the richest local government in terms of the local sources. To note, Makati has over 62,000 business enterprises with 1,159 BPO companies in the city. Numerous condominiums could also be found in the area such as DMCI Homes’ Brio Tower, whereby residents get full access to malls, sports centers, and even their workplace. With this, more and more people are hooked into the city living in Makati with the convenience a condo community offers. 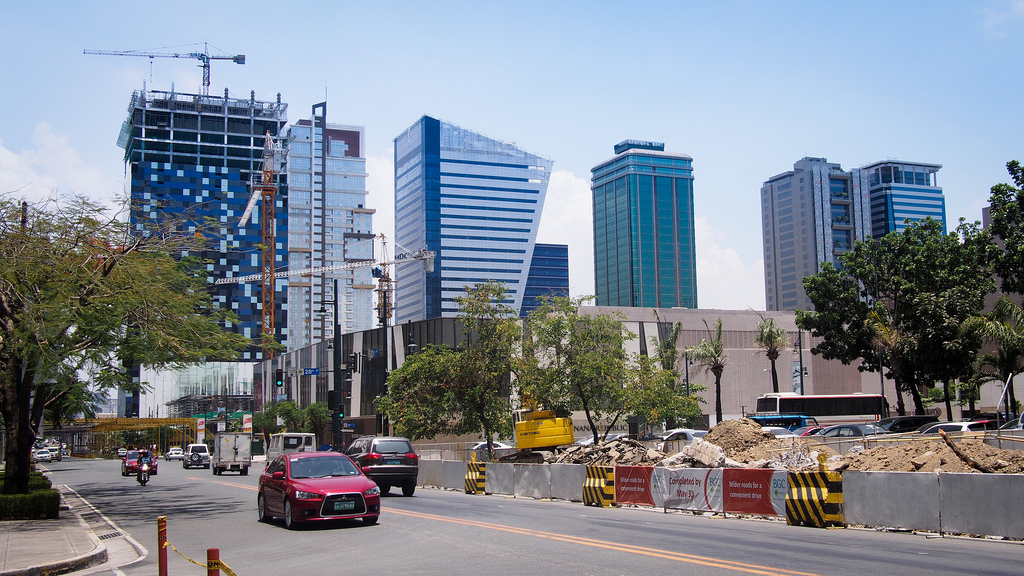 With the current popularity of the Bonifacio Global City, Taguig city passes as one of the top 8 busiest cities in the Philippines. With a population of 695,793 and an area of 53.67 sq. kilometers, this city is home to top international brands’ main offices and IT-BPO companies. It is also home to SM Aura, one of the largest shopping centers in the country and is thrived by numerous foreigners and expats. Taguig city is booming with top-of-the-line condominiums and residential townhouses such as Cedar Crest, Cypress Towers, and Bonifacio Heights. With Taguig City, another commercial hub, Mckinley Hills is also crowded with professionals during the day. 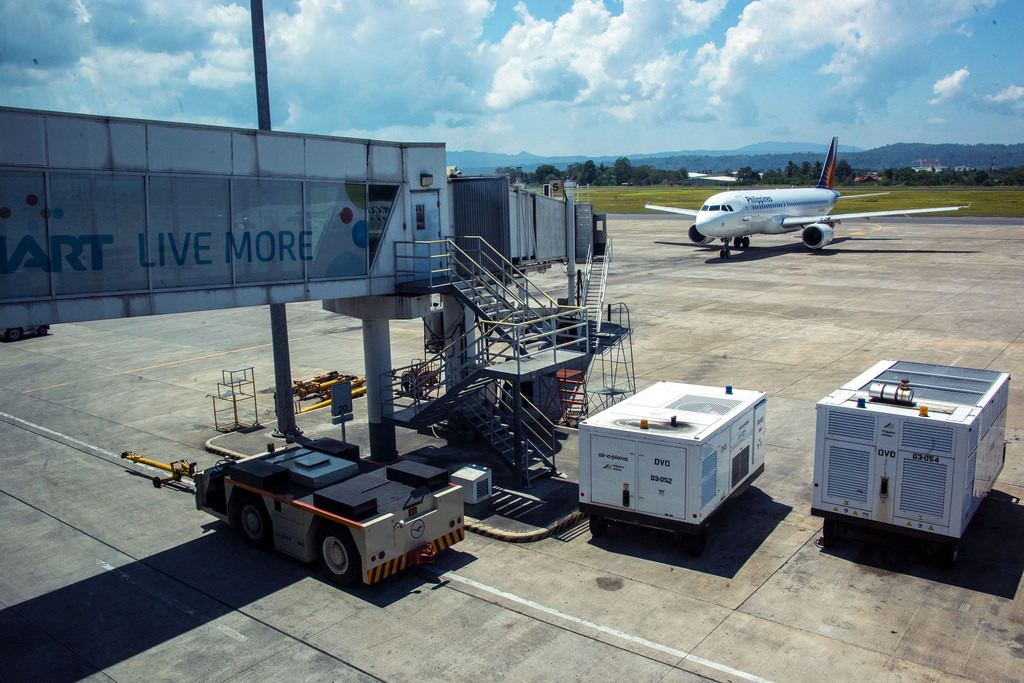 With almost 1.4 million people, Davao City may not not have the tall buildings or skyscrapers but is packed with numerous people. Located in the island of Mindanao, this is considered as a rich city due to its low crime rate, curfew for minors, and 24-hour emergency system. It offers the closest taste of modern cosmopolitan living amidst a city of garden and forest resorts. To note, Davao city has been smoke-free for more than 10 years. Apparently, Davao has a lot of potential in becoming an economic power ranking 87th among the world’s fastest-growing cities in 2011.

Davao city also houses the Davao Light and Power Co., the third-largest electric utility in the country. In the region of Mindanao, Davao is the center for finance, trade and commerce. It is the leading producer of mangoes, pomelos, bananas, coconut products, and mangosteens. Apparently, this is city is expected to become the next BPO center in the Philippines with 20,000 to 21,000 full-time employees in more than 20 big, medium and small BPO firms. 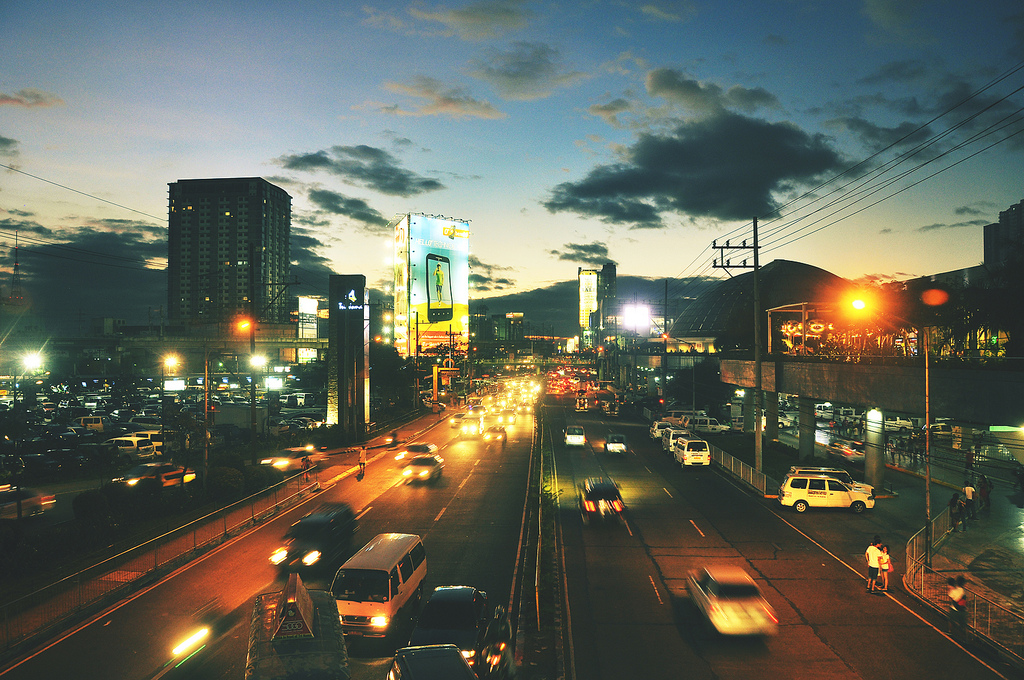 The current capital of the Philippines and the most dense city in the world with 43079.48 people per sq. kilometer, Manila ranks second among the busiest cities in the Philippines. The population in Manila is close to two million people and is considered as the second among the largest cities in the country. Despite sitting in the Pacific typhoon belt and a high crime rate, Manila still holds on to its population.

Manila is also considered as the heart and soul of the Philippines economy. The city is home to major centers of finance, transportation, tourism, real estate, legal services, theater and the arts in the country. The largest seaport may be found in Manila making it the main international shipping gateway to the country. The largest Chinatown could be found in the Philippines. Binondo, as it is popularly known, is home to Chinese and Filipino residents. During the day, Binondo is crowded with chinese food lovers making you feel the busy streets of Manila. Also, the top shopping center of the Metro, Divisoria, is in Manila. During the Christmas season, tons and thousands of people crowd the streets for a chance to get a bargain or look for cheaper alternatives. Having a large area, numerous condominiums and townhouses have been built in different parts of the city such as Hampstead Gardens and Illumina Residences of DMCI Homes in Sta Mesa. This city is also a well-known shopping hub and known as one of the best shopping destinations in Asia. On top of this, tourists swarm Manila due to its landmarks like the Luneta Park and Intramuros, along with the red light districts of Malate. 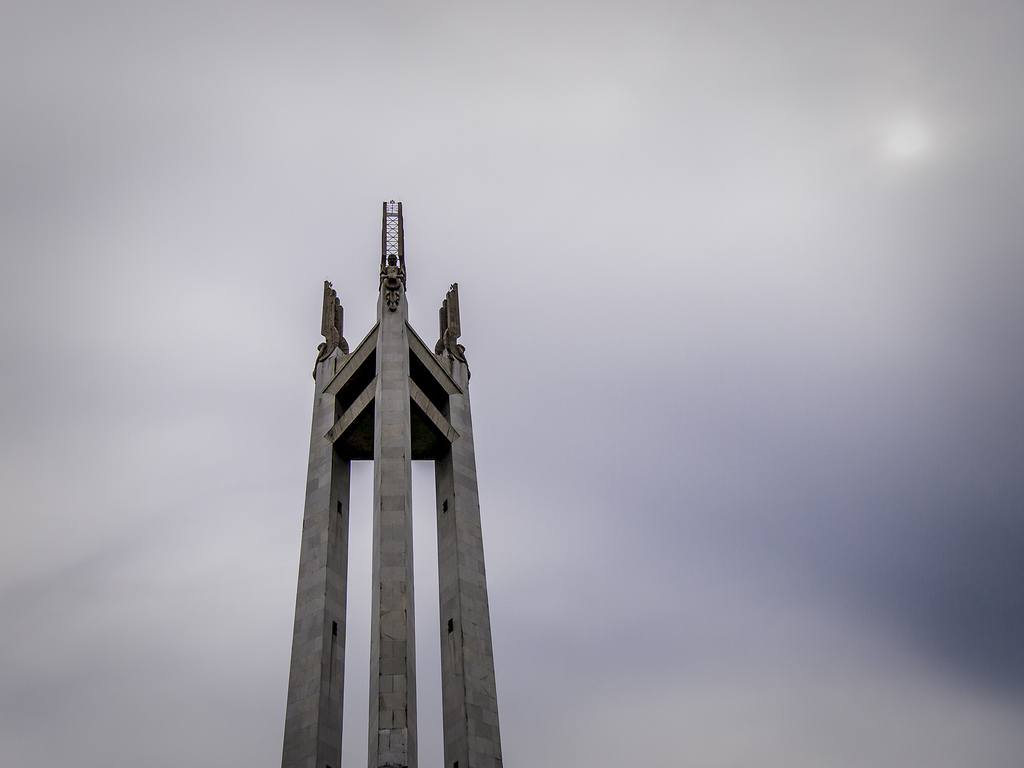 Topping the charts of the most populous city in the country with nearly three million in population, Quezon City also tops the charts of the busiest city in the Philippines. Considered as a highly urbanized city, there live 16,084 people per sq. kilometer. It is the largest city in the Metro Manila and is the site for most government offices. During the early 1980s, Cubao was considered the commercial center of the country with most shopping centers and the infamous Smart Araneta Center can be found. Moreover, the Philippine’s major broadcasting networks such as GMA Network, ABS-CBN, RPN, IBC, UNTV, and Net 25 are located in the city.

On top of this, Quezon City is also home to food lovers’ paradise and bars in Tomas Morato, Timog Avenue, and Maginhawa St. in UP Diliman. Eastwood, another commercial center is also within Quezon City where commercial buildings are present along with residential condominiums like the Stellar Place may be found. Just recently, different commercial centers have popped up like the UP Techno Hub and the Eton Centris which has retail establishments as well as BPO offices. Various transportation systems are also within Quezon city such as the LRT (Light Railway Transit System) 1 and the MRT2.

If you are into the city living and love the life it brings, then you have these eight busy cities to choose from. There’s no need to worry about living spaces because tons of condominiums like those of DMCI Homes are present and most of them are near business districts so travelling from home to work and work to some fun and entertainment will not be a problem at all!